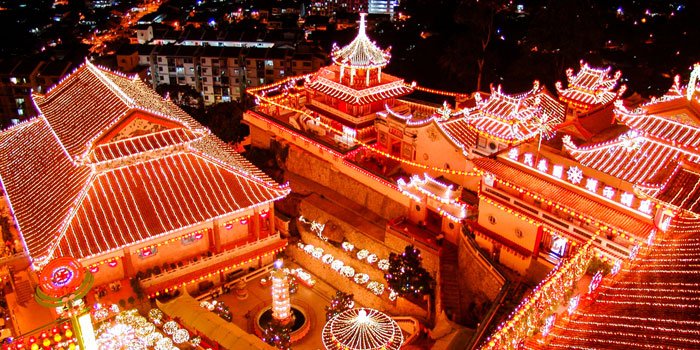 For locals, Chinese New Year is an opportunity to review the year that has passed and look forward to the next. For visitors it’s a time to get an insight into Chinese culture. In the Beijing, it’s important to celebrate according to tradition – how you begin the year is believed to lay the foundations for the months to come. Cleaning plays a key role in preparations: removing the dirt from the old year is considered to be a lucky omen but to do so on New Year’s Day itself would sweep up all that good fortune you’re hoping for. Once the house is clean, on New Year’s Eve families make offerings to the gods to honor their ancestors. These offerings usually comprise food; incense is also burned on an altar.

At Chinese New Year, join locals in eating fish, which signifies wealth, and dumplings and spring rolls, a symbol of prosperity. Family members exchange red envelopes filled with money. Children and the retired are usually the main recipients of this cash, though the act of giving is also a sign of good luck. Visitors wishing to join in with this tradition are welcome to do so – just make sure the money you enclose is an even amount as odd numbers (and the number four) are associated with death and funerals. Lantern festivals also play an important part in the Chinese New Year festivities. Attached to them is a small piece of paper bearing a riddle. It’s customary to beat a drum if you solve the mystery. Adding to the seasonal cacophony is the sound of firecrackers being let off.