Kola Peninsula - the Land of the Snow Queen

Have you ever experienced a feeling that the sun will never rise above the Earth again? Or that the night has suddenly forgotten to come? Each winter, for more than 2 months, life on Kola Peninsula is blanketed by the legendary polar night, when the sky is lit only by the Aurora Borealis. During the polar day period - in June and July - the peninsula is transformed into a very different place, the bright sunshine of the polar day illuminates the land around the clock. 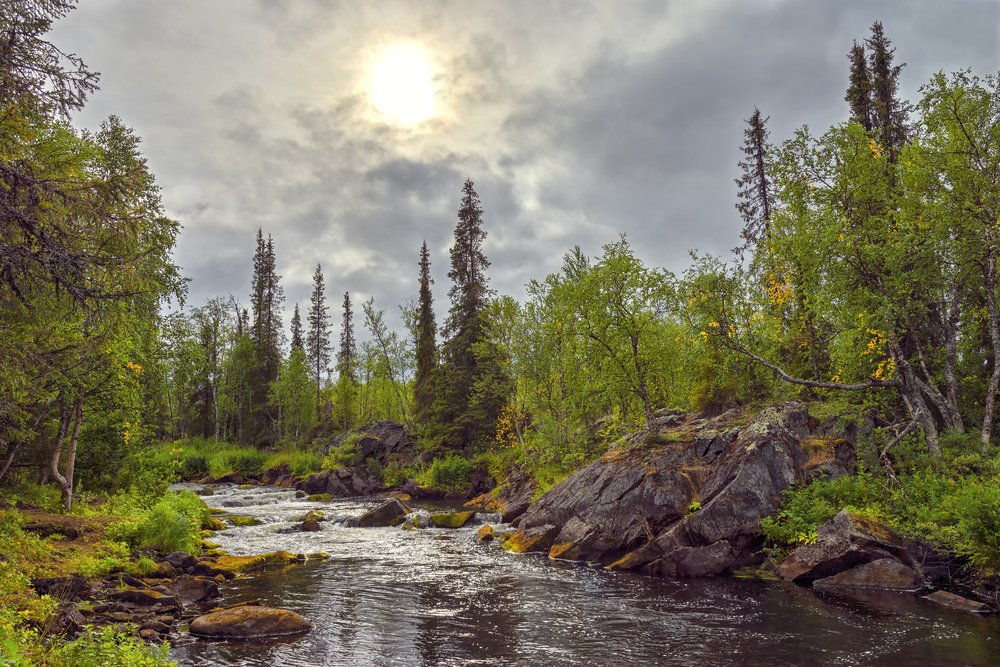 The Kola Peninsula - a region of Russia situated north of the Arctic Circle - offers its guests unique, breathtaking nature, as well as rich and ancient cultural heritage.

Here you will find thousands of jewel-like lakes, rivers with many rapids and magnificent water falls, dense virgin taiga-forests and the desolate tundra, stunning mountain vistas and fantastic rocky outcrops with more than 110 rare and valuable stones and minerals. This unique, pure nature stretches over thousands of square kilometers - almost untouched and unsettled.

The first inhabitants of the Kola Peninsula arrived over 10,000 years ago, as shown by the many remains of their ancient civilizations. The meaning of some of the ancient discoveries - stone labyrinths, world-famous petroglyphs and rock paintings – still remains unknown.

Over the last several hundred years the distinctive northern-Russian culture has been developing and interacting here with the national culture of the local Saami population. On the White and Barents sea coasts you can also see some of the very few remaining villages of the old northern-Russian folk Pomory. The central part of the Kola peninsula is traditionally the area where the original pagan folk Lapps, or Saami have been living since they came to the Kola Peninsula and Scandinavia about 4 thousand years ago.

The remaining Saami still live in full harmony with Mother nature which is the result of almost complete isolated from modern civilization. The trip to the Saami-village Lovosorevo will give you the unique opportunity to witness this ancient but still vibrant and well-preserved culture.

The amazing landscape diversity of the Kola peninsula, covered by dense network of lakes, rivers, rocks and forests, offers the discoverers of the Polar Circle great opportunities for unforgettable adventure and pure nature experience.


CLIMATE AND WEATHER OF KOLA PENINSULA

Despite the northern location, the Kola Peninsula has a relatively warm and mild climate. This is because of the influence of the warm Atlantic currents. Winters are cold but not frigid, summers are warm but not dry and hot.