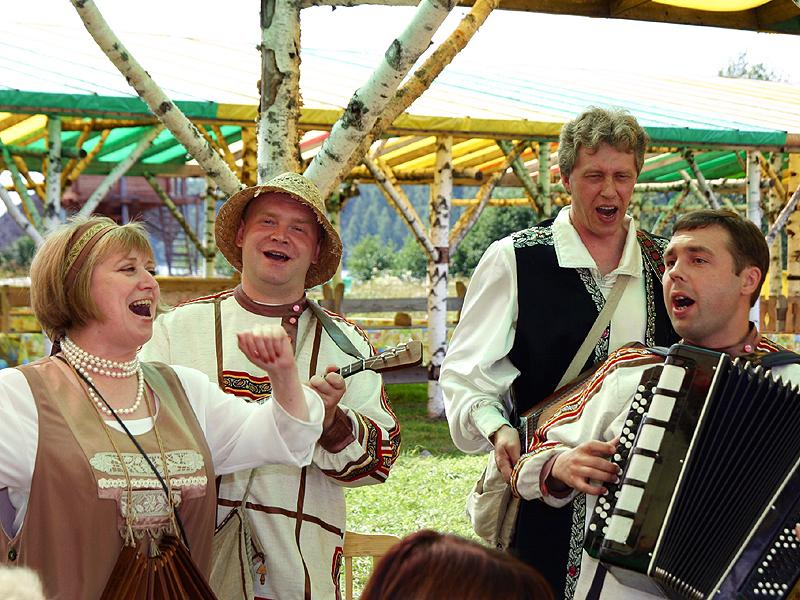 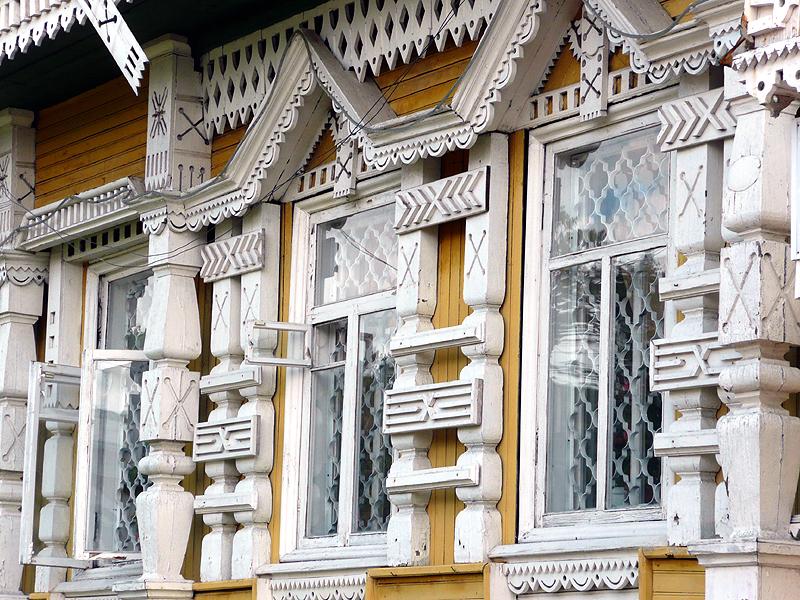 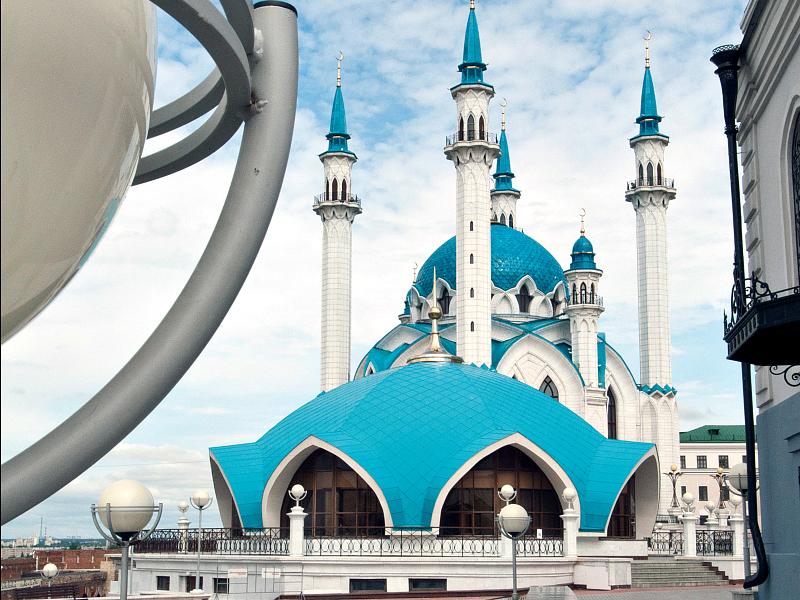 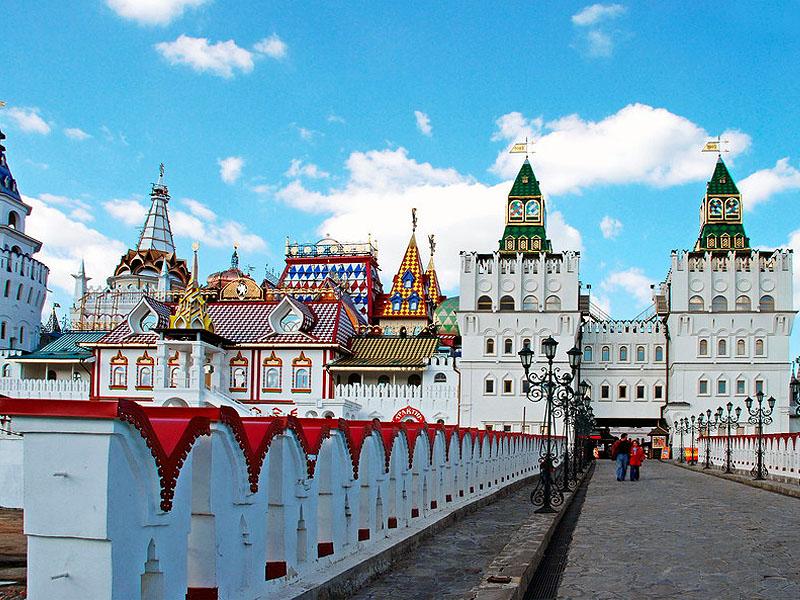 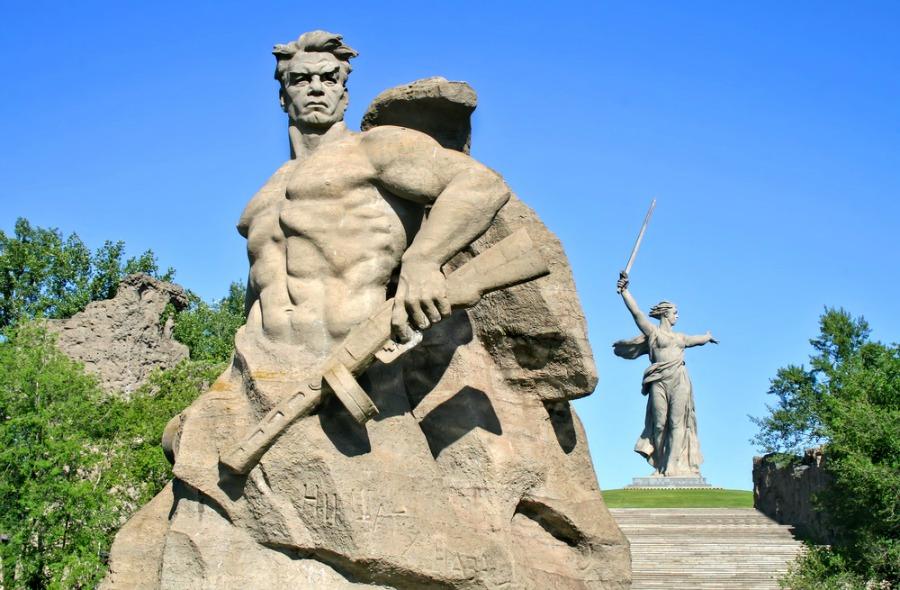 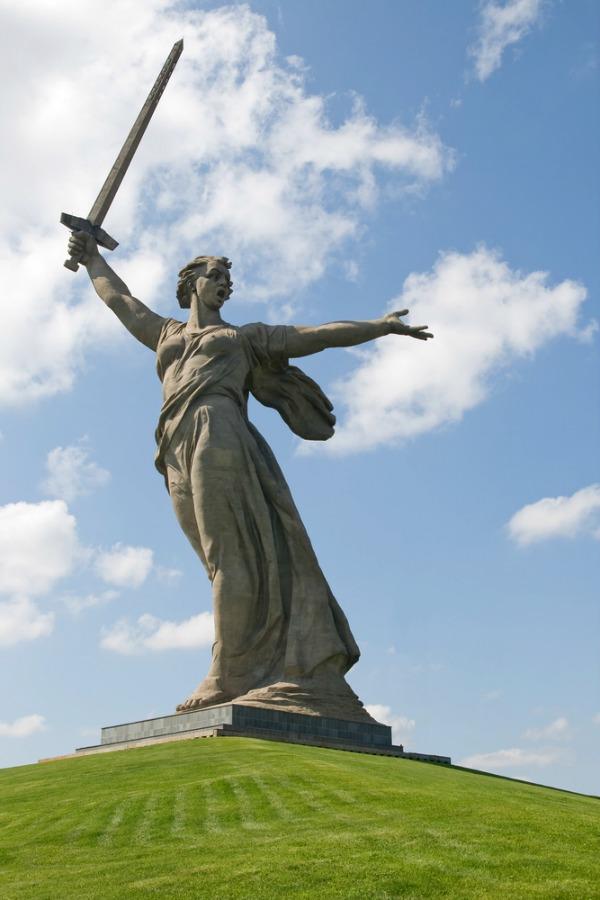 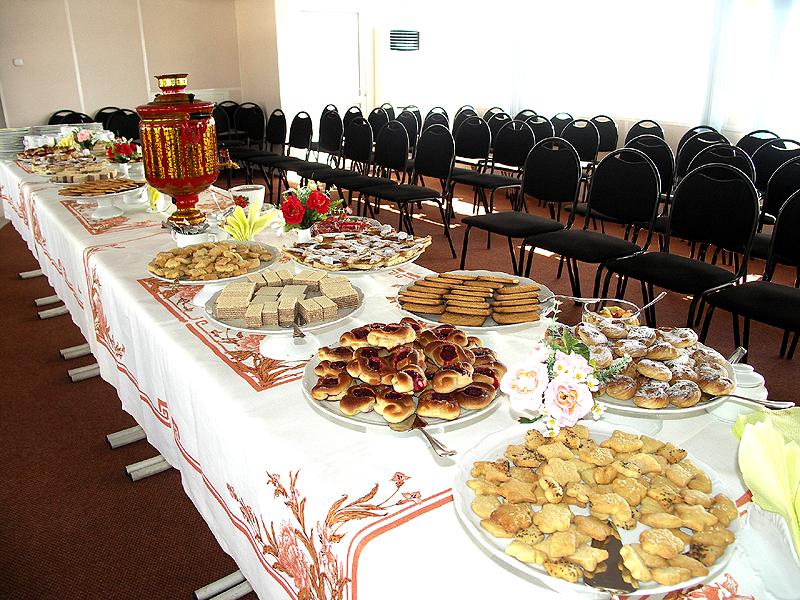 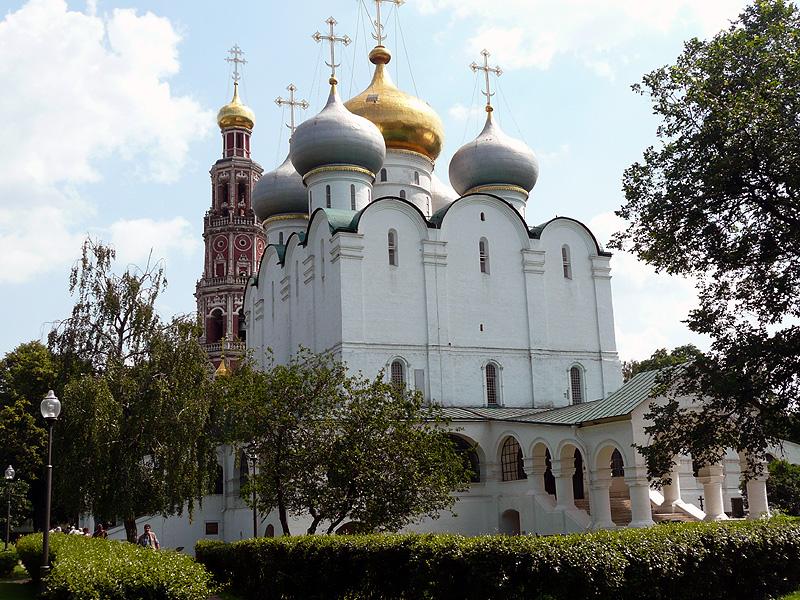 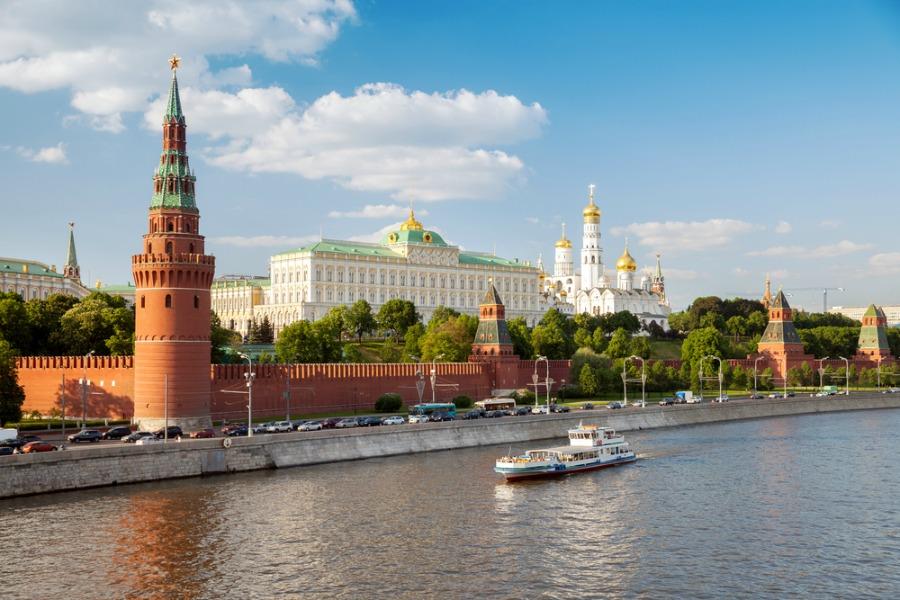 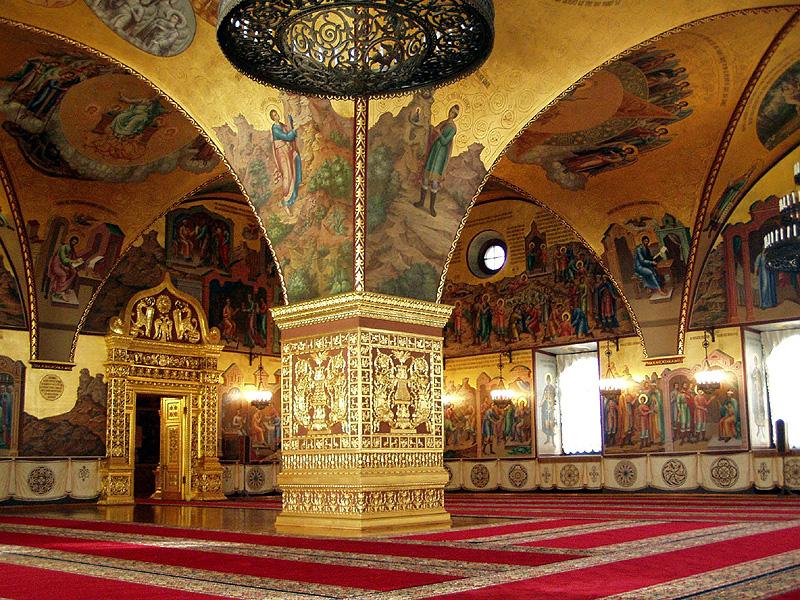 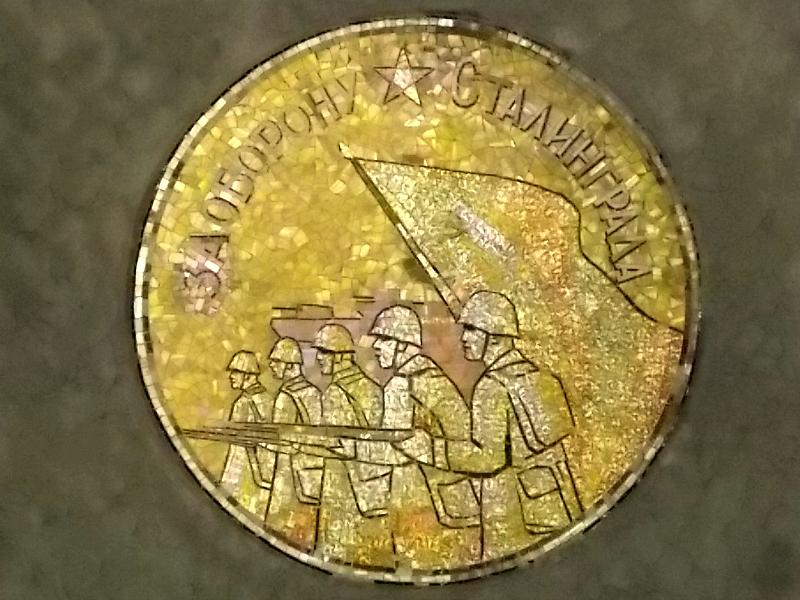 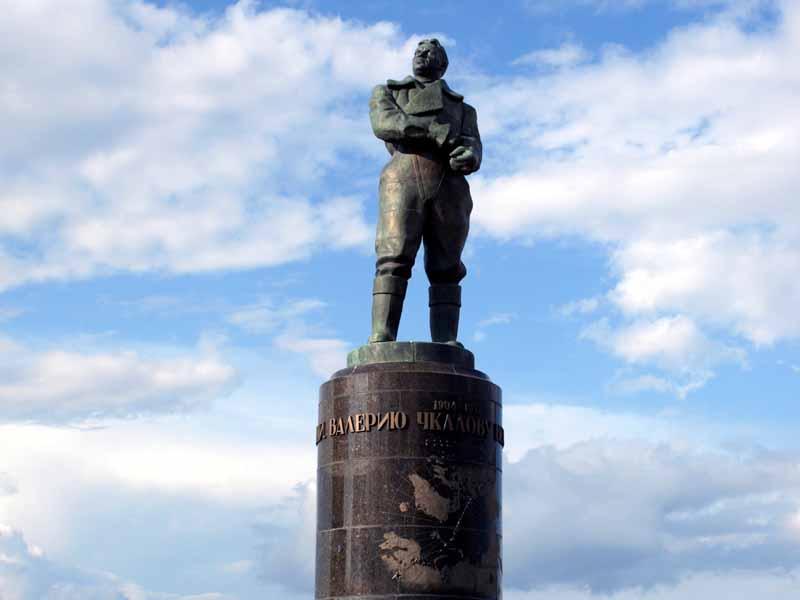 Group size
from 2 people
Season
Summer
Duration
14 days
Departs
Wednesday
Starts
Astrakhan
Ends
Moscow
Countries
Russia
Cities
Moscow, Kazan, Nizhny Novgorod, Samara, Volgograd, Uglich, Saratov, Astrakhan, Cheboksary
Price
Price by request
Reservation
View dates and prices
If a leisurely cruise through some of Russia's lesser known landscapes and ancient towns appeals, then this itinerary is made for you. This 14 day meander along the Volga and Don rivers gives you plenty of time to appreciate the attraction of the historical and architectural gems found in some of Russia's most exotic places: Astrakhan, Samara, Kazan to name but a few. This tour ends in Moscow, the buzzing capital.

All tours to Russia are operational. Visas are being issued
Read more about practical and safety issues when travelling under current circumstances

Motor Ship Nikolay Chernyshevsky - 4* VesselMS "Nikolay Chernyshevsky" is a four deck vessel built in Germany in 1981 (project 301), completely refurbished in 2018. It is equipped with modern navigation devices and can reach the speed up to 26 km per hour (around 17 MpH). Its length is 125 meters, width is 16.7 meters, and immersion is 2.9 meters. The boat can accommodate up to 218 passengers.

Motor Ship Konstantin Fedin - 4* VesselMS "Konstantin Fedin" is a four-deck vessel built in Germany in 1980 (project 301), completelty refurbished in 2017. The motor ship is equipped with modern navigation devices and can reach the speed up to 26 km per hour (around 17 MpH). Its length is 125 meters, width is 16.7 meters, and immersion is 2.7 meters. The boat can accommodate up to 212 passengers.

Day 1
Transfer from the airport to the ship
Welcoming cocktail reception onboard a ship
On arrival, our driver will be waiting to collect you to take you to the ship where you'll be welcomed with a social cocktail reception.
Day 2
City Tour around Astrakhan
Visit to the Astrakhan Kremlin
Astrakhan, situated about 100km from the Caspian Sea and the closest gateway to the Volga Delta, dates from the 13th century. Once the capital of the Astrakhan Khanate, it fell to Ivan the Terrible who destroyed this Tatar city and rebuilt it as the modern city of Astrakhan. Historically an important trading center for Eurasian trade, its economy today is based around sturgeon and the production of caviar. We'll enjoy a guided visit to its Kremlin as part of our shore excursion.
show full description hide full description
Along the Volga
Day 3
Entertainment on board
Today, sit back and relax as we cruise past the scenery en-route to Volgograd or participate in the on board entertainment provided by the friendly crew.
show full description hide full description
Volgograd
Day 4
City Tour around Volgograd
Visit to Mamaev Kurgan
Once Tsaritsyn and later Stalingrad, the city of Volgograd's name reflects its heroism during World War Two. A fierce 200 day battle besieging the city became a pivotal turning point for the war on the Russian Front. Estimates put the number of casualties on both sides at between one and two million. The ruined city was awarded the honor of Hero City in 1945 and renamed after Russia's most important river. We'll make a guided visit to Mamaev Kurgan and the statue of The Motherland Calls.
show full description hide full description
Saratov
Day 5
City Tour around Saratov
The name Saratov is thought to have originated from "Sary Tau" which means yellow mountain in the Tatar language, a reference to the sandy hills around the city. Once the home to the Volga Germans, exiled to Siberia in the war, it became a closed city during the Soviet era as a consequence of its role in military aircraft manufacturing. The city was also the home of the first man in space, Yuri Gagarin, and a vital part of the Soviet space program.
show full description hide full description
Samara
Day 6
City Tour around Samara
Visit to the Art Gallery
Samara dates from the 14th century and is one of the largest cities in Russia. Renamed Kuybyshev in honor of the Bolshevik leader Valerian Kuybyshev in 1935, it was chosen to be the capital of the USSR during the Second World War. Once it became clear that Moscow wouldn't fall to the Nazis, government functions were transferred back. Kuybyshev became an important city for the defense industry and like Saratov, a closed city during Soviet times. We'll visit its art gallery as part of our organized tour.
show full description hide full description
Kazan
Day 7
City Tour around Kazan
Kazan Kremlin Guided Tour
The boat docks in Kazan today, the capital of the Tatarstan republic. Founded in the 13th century by the Mongols, it served as the seat of the mighty Golden Horde. Later, it became the capital of the powerful Khanate of Kazan before falling to Ivan the Terrible in the 16th century. This checkered history results in present day Kazan being a curious mix of Muslim and Christian cultures. Its Kremlin makes for a fascinating excursion.
show full description hide full description
Cheboksary
Day 8
City Tour around Cheboksary
We reach the Chuvash republic today and enjoy a city tour in historic Cheboksary. The fortress dates from 1555 but the place remained a sleepy backwater until the coming of the railway in 1939. During our visit you will enjoy a number of ancient churches and monasteries (among them Vvedensky cathedral (1657) and Saint-Trinity monastery (1566), as well as a view of a lovely bay beautifully situated in the middle of the city which has become a very popular gathering place for local residents.
show full description hide full description
Nizhny Novgorod
Day 9
City Tour around Nizhny Novgorod
Visit to the Kremlin
Colloquially known as Nizhny, the fifth largest city in Russia is today's destination. It occupies a commanding position with views of both the Volga and the Oka Rivers. We'll tour its ancient Kremlin and take a stroll along the pleasant pedestrian promenade before reboarding the ship.
show full description hide full description
Kostroma / Yaroslavl
Day 10
City Tour around Kostroma
Visit to Ipatievskiy Monastery
City Tour around Yaroslavl
Visit to the Church of Ilja the Prophet
Historic Kostroma is located where the Kostroma River joins the Volga, part of the famous Golden Ring around Moscow. It's the site of the Ipatievskiy Monastery where we will visit today, founded in the latter part of the 18th Century. We'll also go and see its interesting open air museum featuring myriad forms of wooden architecture from windmills to bath houses, churches to watermills brought from around the region.

Later we reach the port of Yaroslavl, strung out along both banks of the Volga. It takes its name from its founder, Prince Yaroslav the Wise who based himself here in the 11th Century. An undisputed highlight of the city is its 13th Century Spassky Monastery. Hosting several cathedrals, a rotunda and the remains of an ancient trading center, this is a fascinating complex to explore. Our tour takes in the Church of the Prophet Elijah and many other cultural highlights.
show full description hide full description
Uglich
Day 11
Walking City Tour. Visit to the Kremlin
The approach to Uglich from the Volga River is one of the most beautiful we'll see on this cruise. Founded in 1148, this pretty provincial town is dominated by the Cathedral of the Resurrection and St. John's Church. We'll also visit the Kremlin, amongst the oldest buildings in town and the place where the seventh wife of Ivan the Terrible lived in exile in the 16th century.
show full description hide full description
Moscow
Day 12
City tour around Moscow
Today we reach the Russian capital, a city of leafy boulevards and majestic squares, its streets and gardens bisected by the Moscow River with towering granite embankments. Our bus tour takes us to a variety of sites including the Sparrow Hills observation platform, the Bolshoi Theatre and of course iconic Red Square, the setting for the colorful domes of the glorious St Basil's Cathedral.
Day 13
Kremlin Territory with Cathedrals
Tretyakov Gallery
There's too much to see in Moscow to be able to fit it all into just one day, so we continue our sightseeing today. We return to Red Square where alongside St Basil's you'll find GUM department store and Lenin's Mausoleum. In the Kremlin, we admire the beautiful Orthodox cathedrals. You could also delve inside the Armoury Museum (optional excursion) which houses the treasures of the Tsars. We will also visit the Tretyakov Gallery to admire the magnificent collection of russian paintings.
Day 14
Transfer from the ship to the airport
Our driver will meet you with a Go Russia sign board at the ship ready for your airport transfer.
show full description hide full description
Dates and prices
Please read notes at the bottom of the table to learn more about the meaning of each pricing section
Prices and dates upon request, please contact us for more information.
See what our clients say about this tour
We are very happy to have served thousands of happy customers who travelled with us.
Excellent meals, good internet, interesting tours along the Volga
Adam Sanders
September 2018
We have recently returned from our trip to Russia and I thought perhaps you would like some feedback. We were so lucky with the weather as it was hot and sunny throughout apart from St. Petersburg. The staff on the boat were superb as was the food and the entertainment. We really did enjoy our holiday with Go Russia and would like to thank you for arranging it for us.
Nieves Stallworth
June 2013
<>
Tour Route
Your trip route visualisation
Alternative Tours
These itineraries are designed to give you some suggestions for what is possible when you travel in Russia
<> 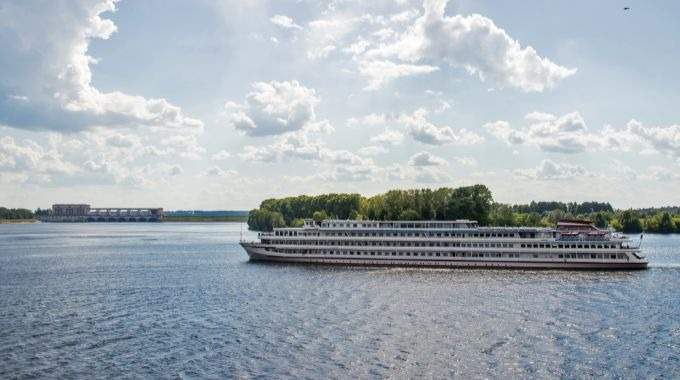 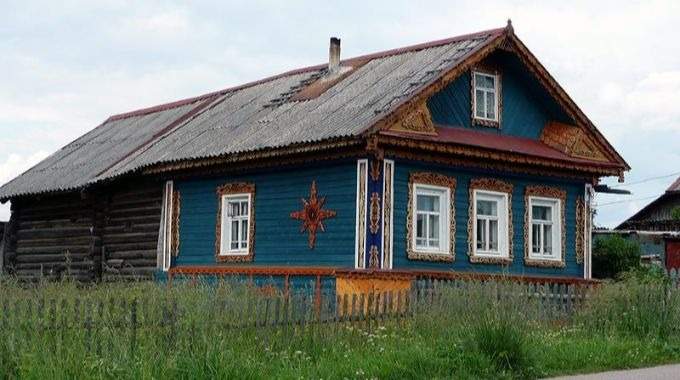 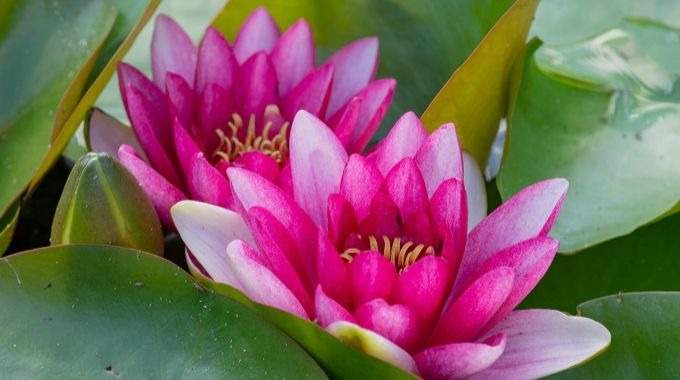 Cruise - Along the Volga: Moscow - Astrakhan 14 Days (CR-32) 14 days | cities This fourteen day cruise along the Volga, Russia's longest river, and the Don, is the perfect way to explore a Russia off the beaten track. Leaving Moscow, we'll sail through beautiful landscapes and al... 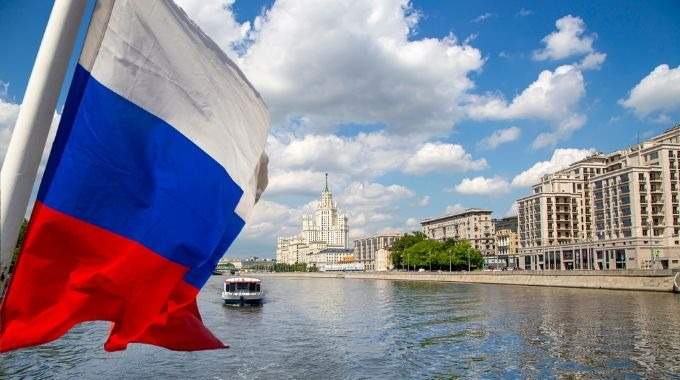 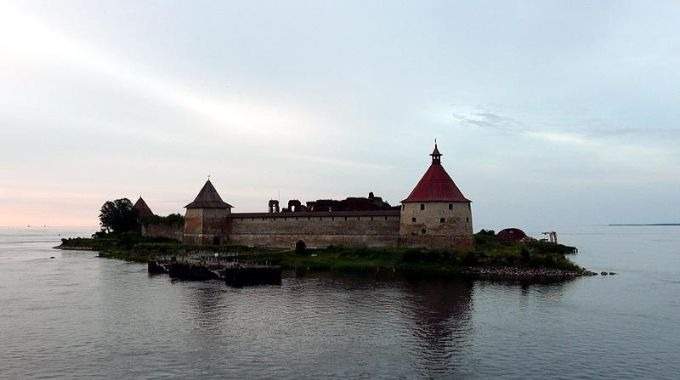 4-Star Russian River Cruise - Moscow - Golden Ring - St. Petersburg - 12 Days (CR-45) 12 days | cities This twelve day tour aboard a 4 star vessel provides a comfortable base from which to enjoy the fabulous scenery as you cruise from Moscow to St Petersburg via the Golden Ring. The extensive facilities onb...