from $7,695
13 days
Choose your date
Select a date
or
Choose your own date
Book now Inquire Compare tours 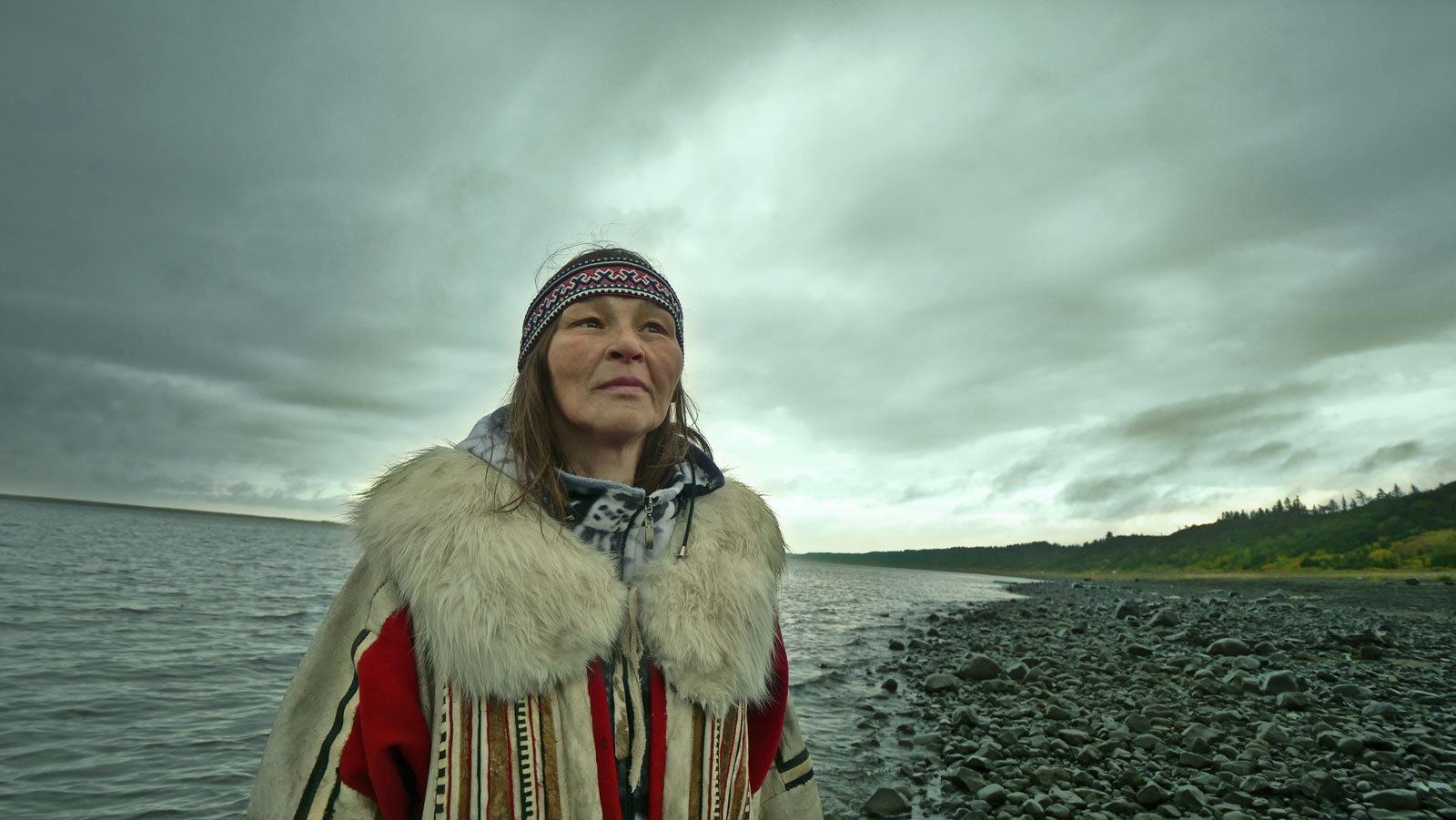 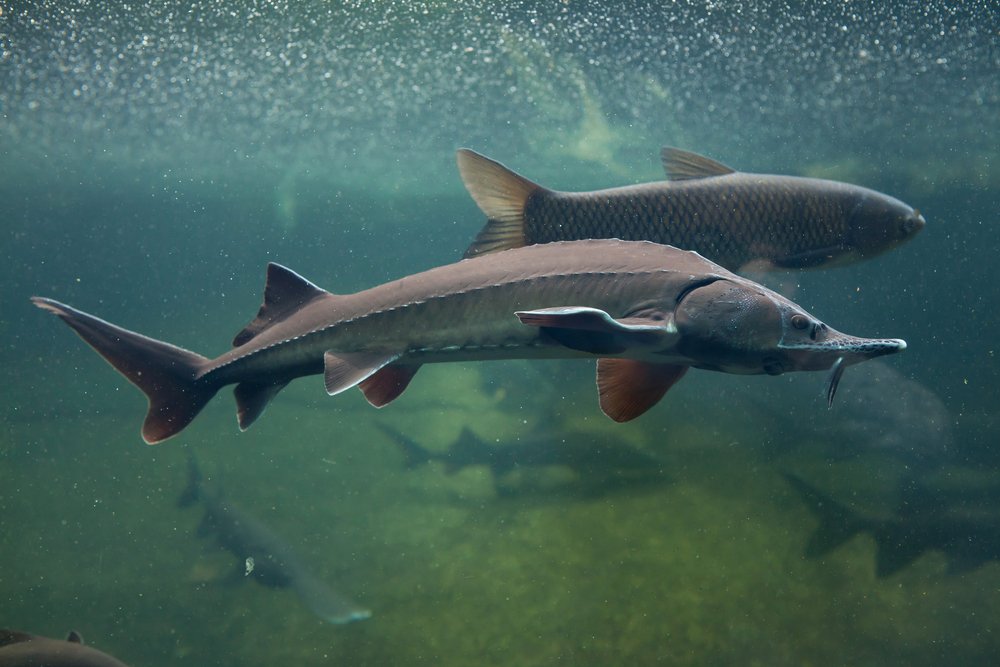 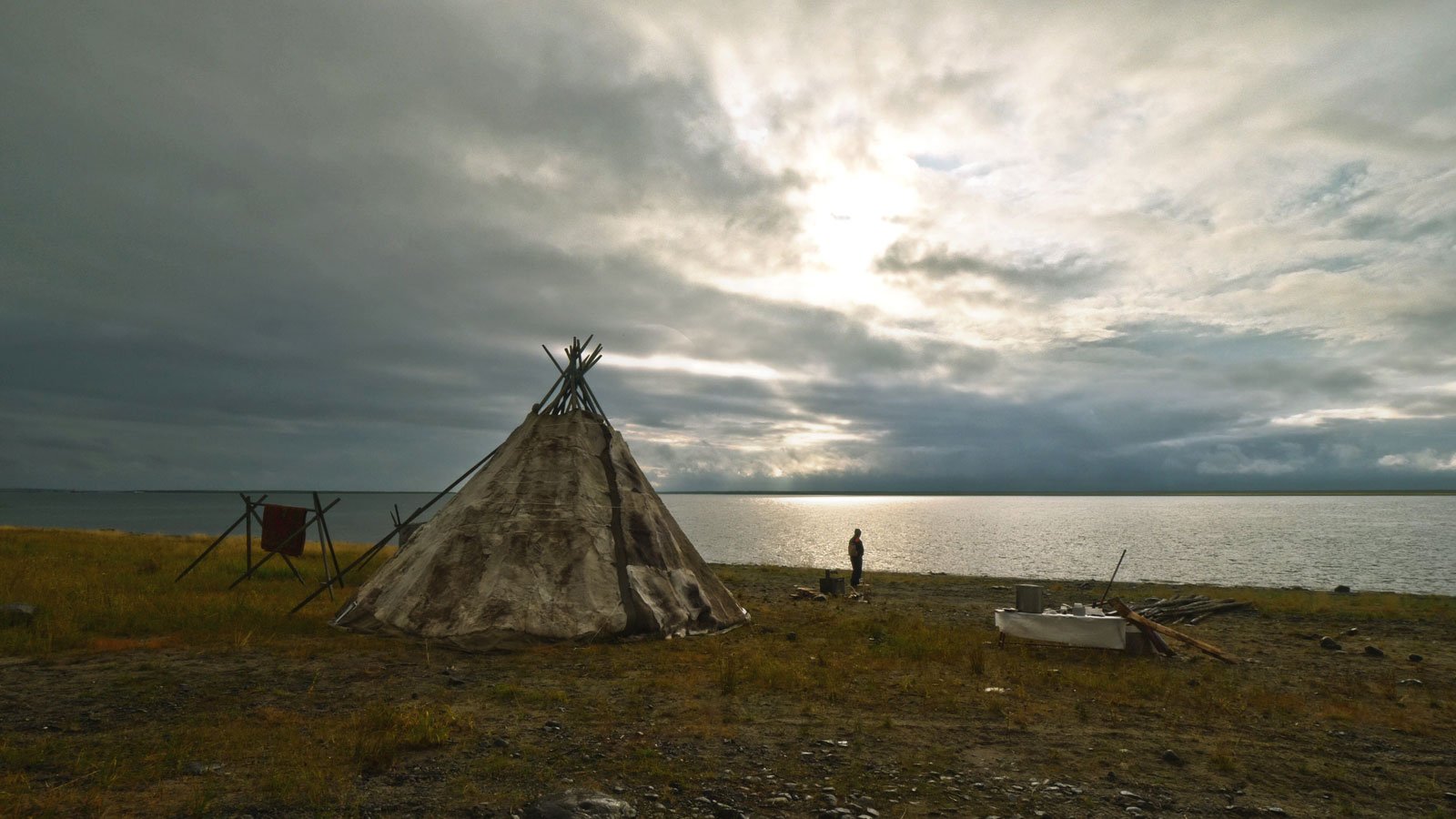 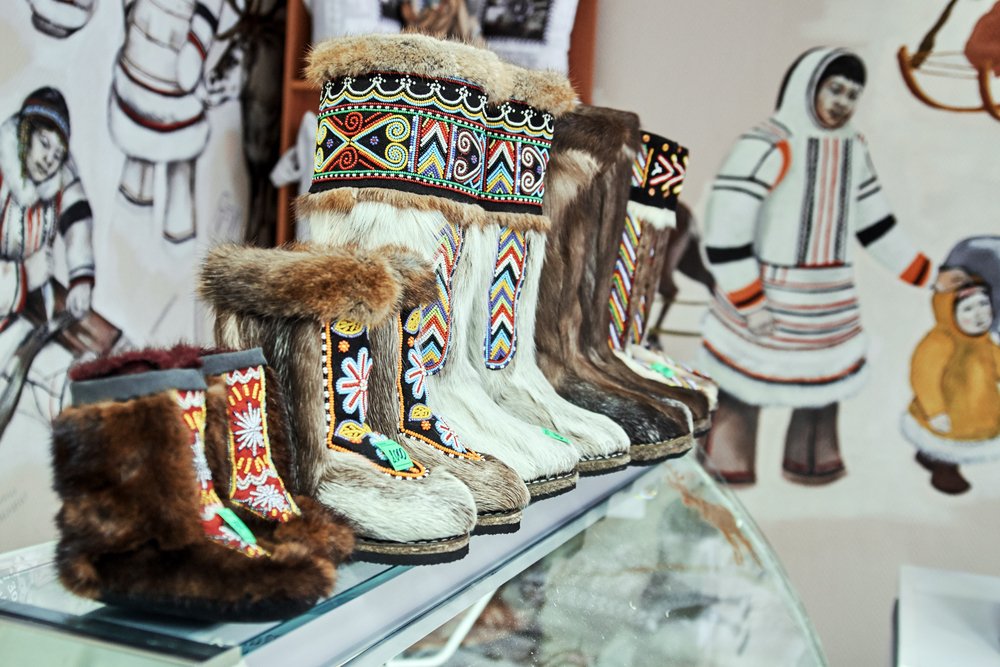 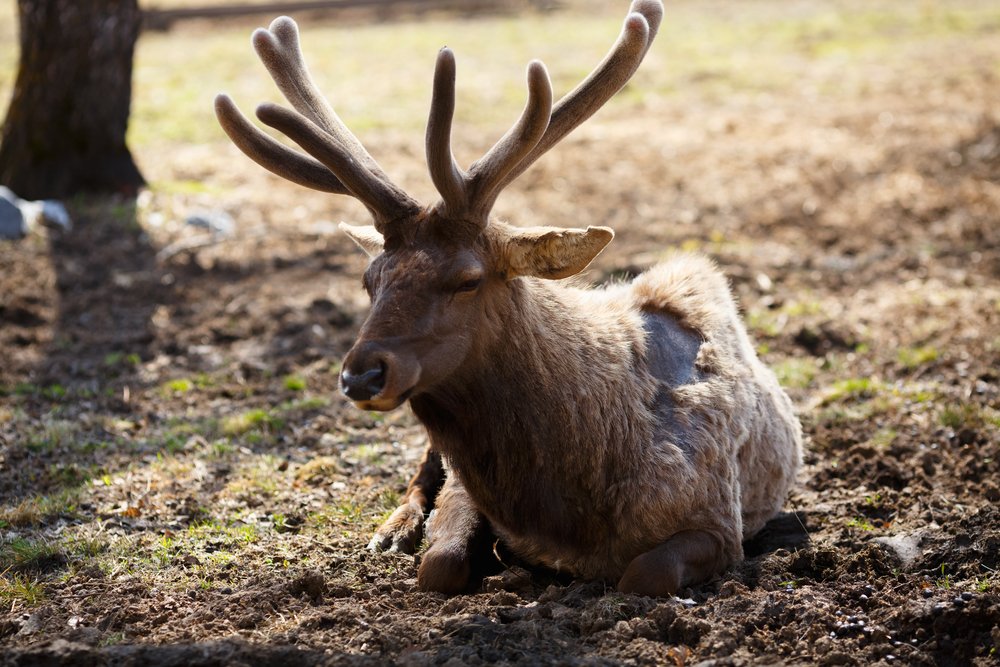 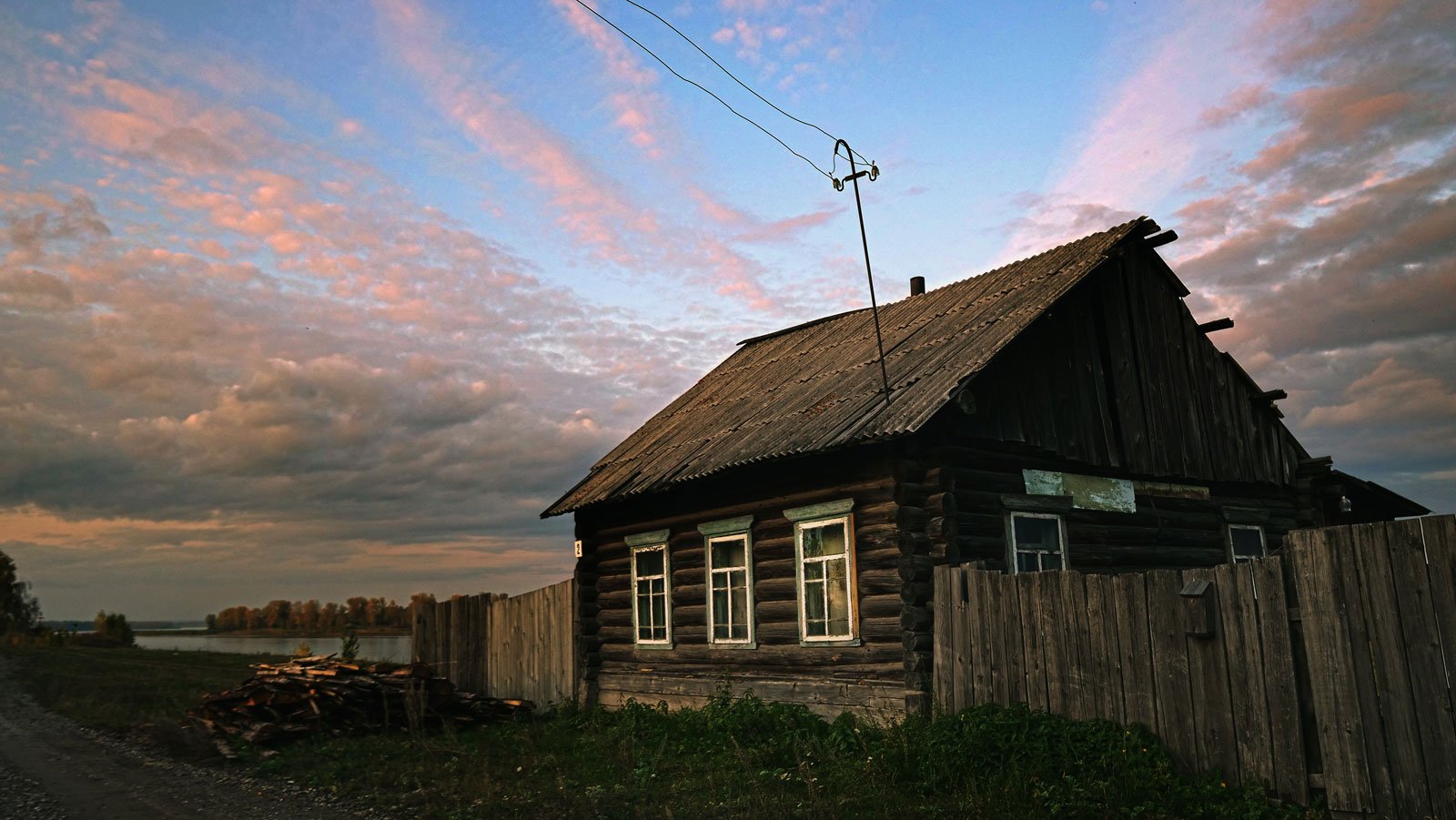 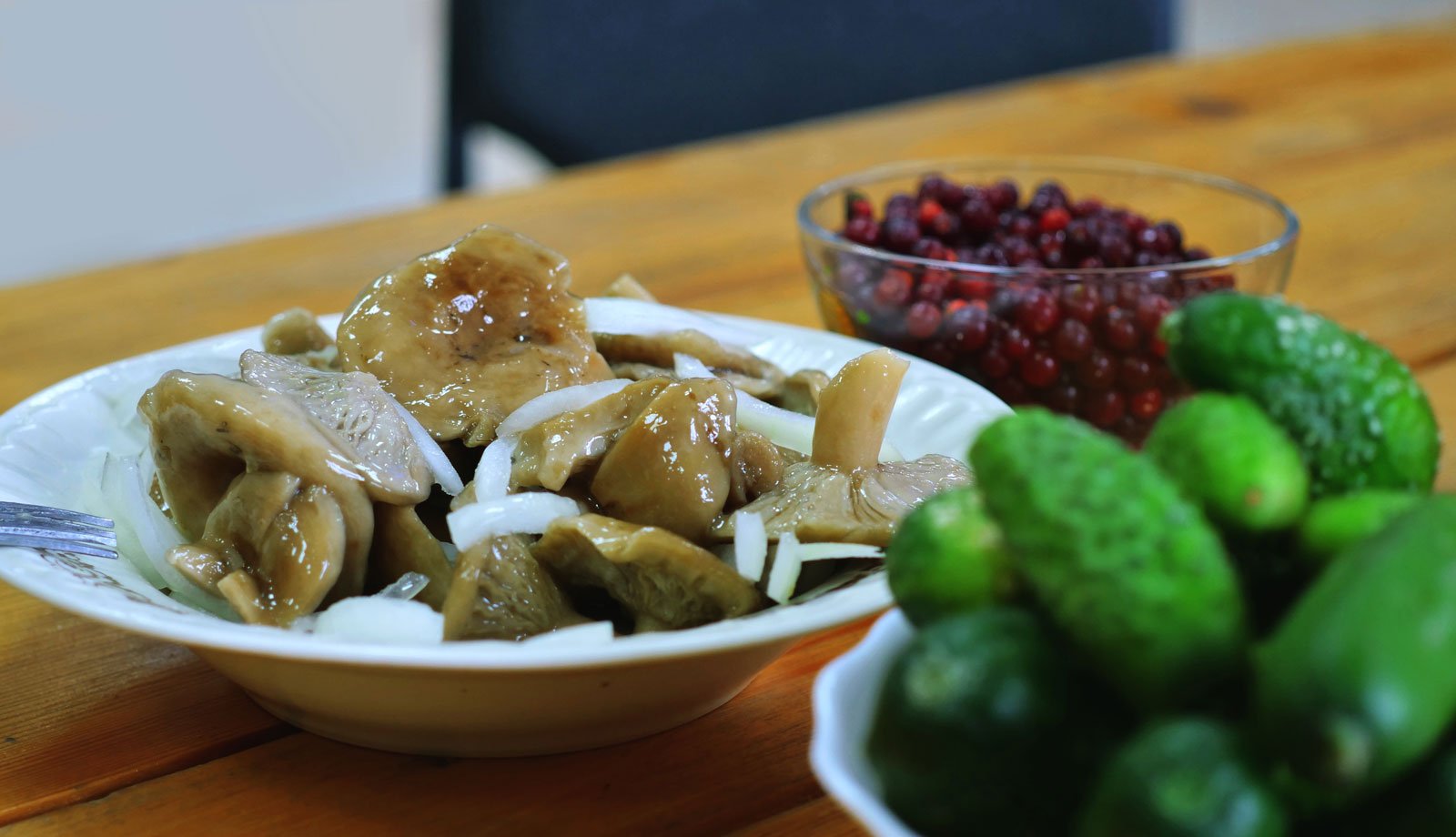 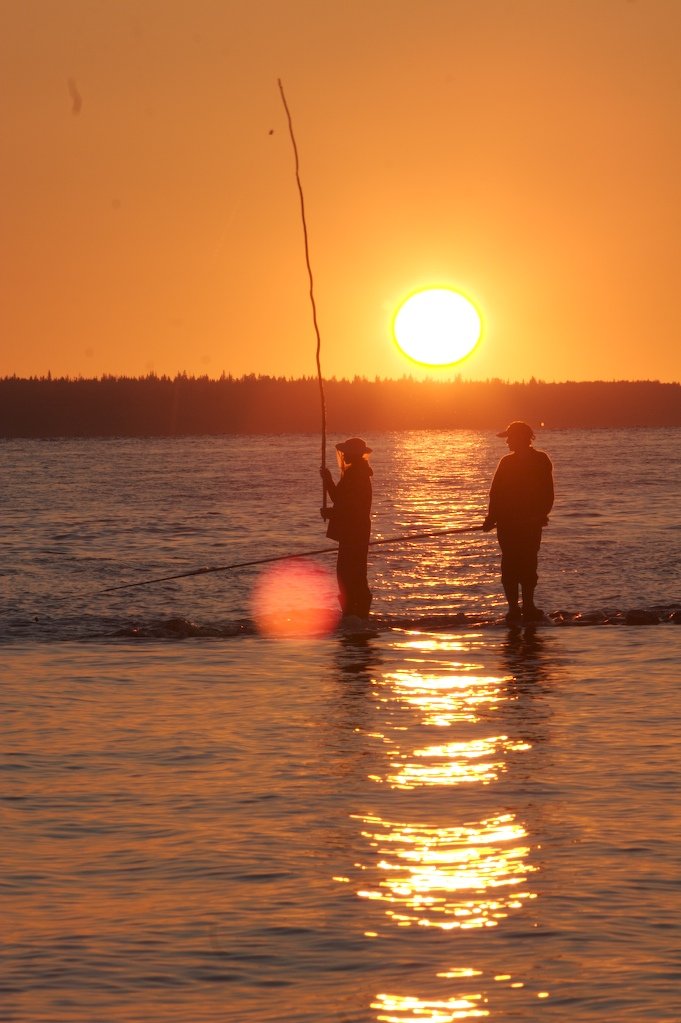 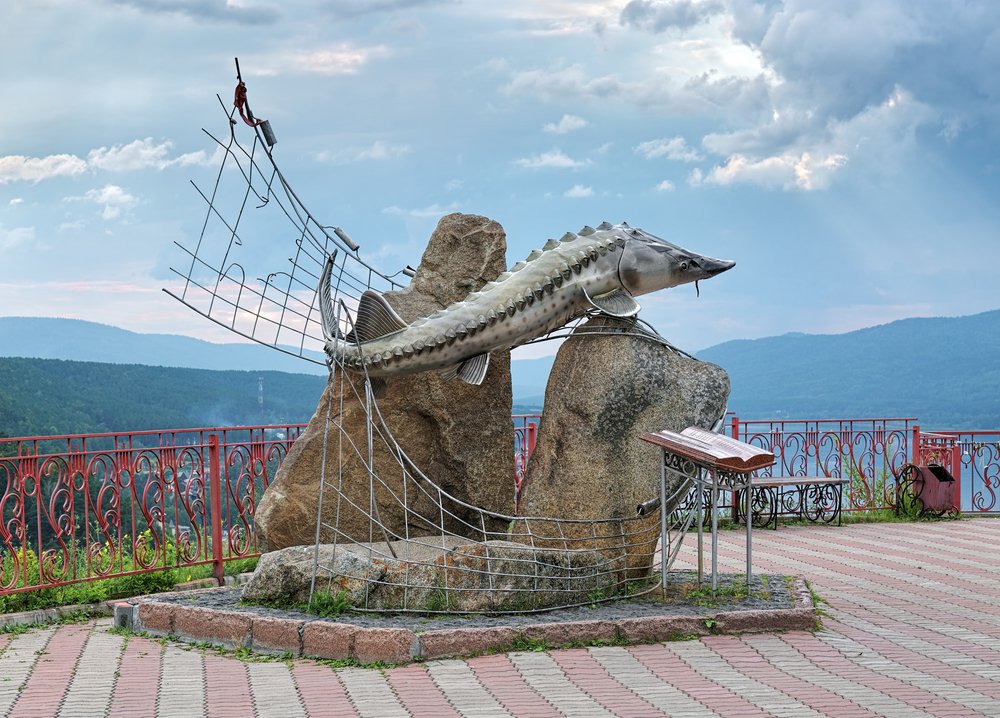 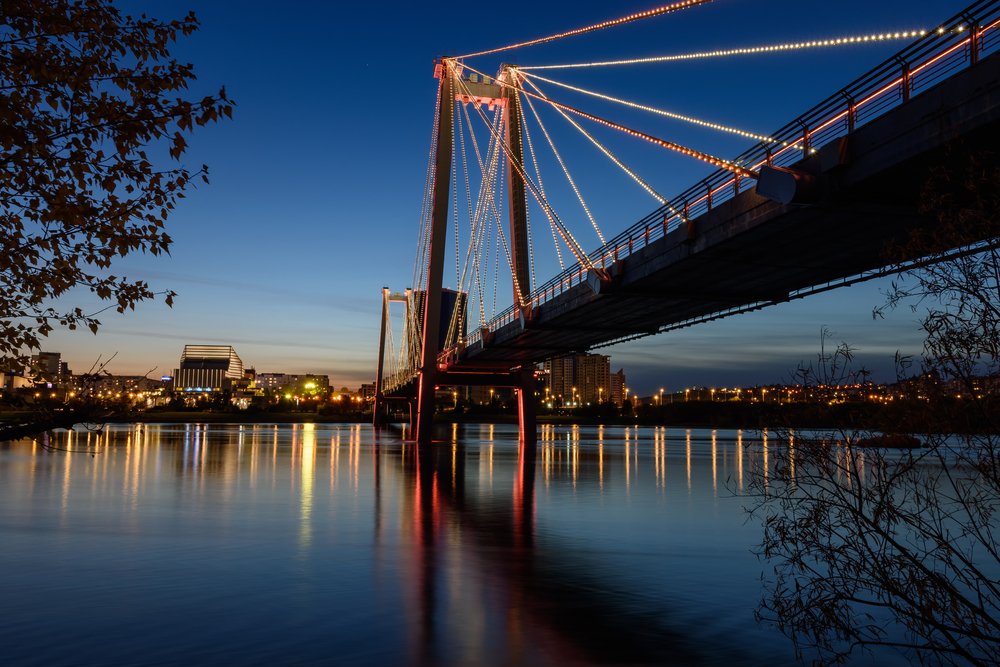 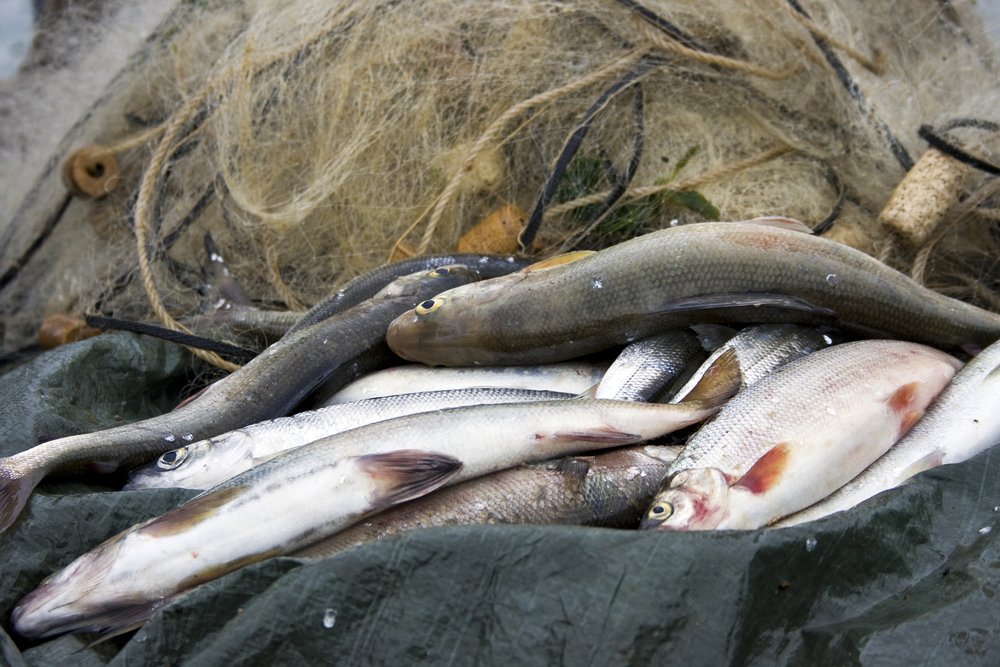 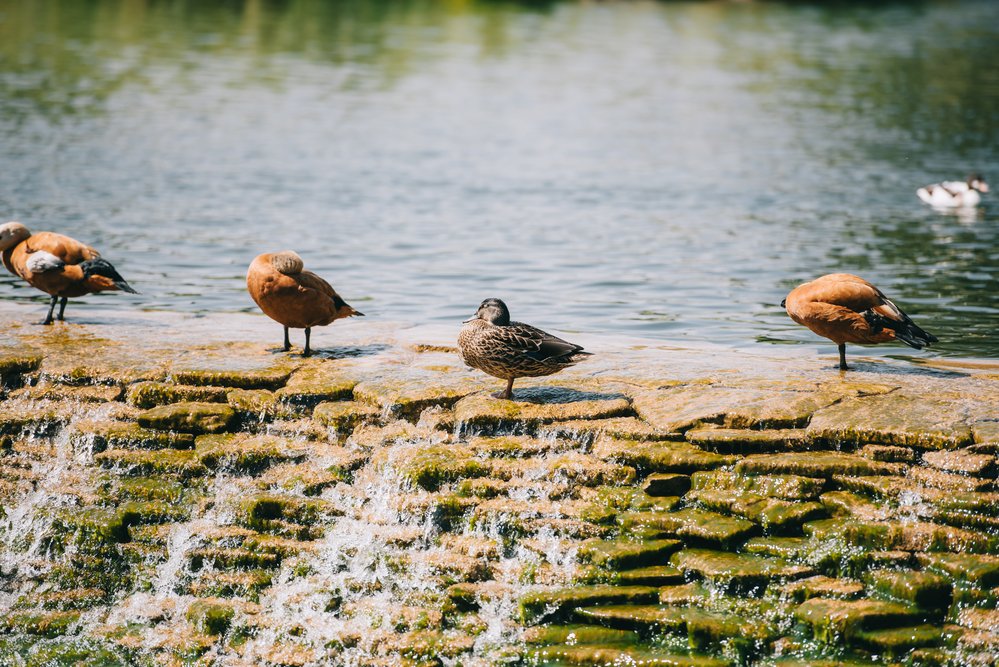 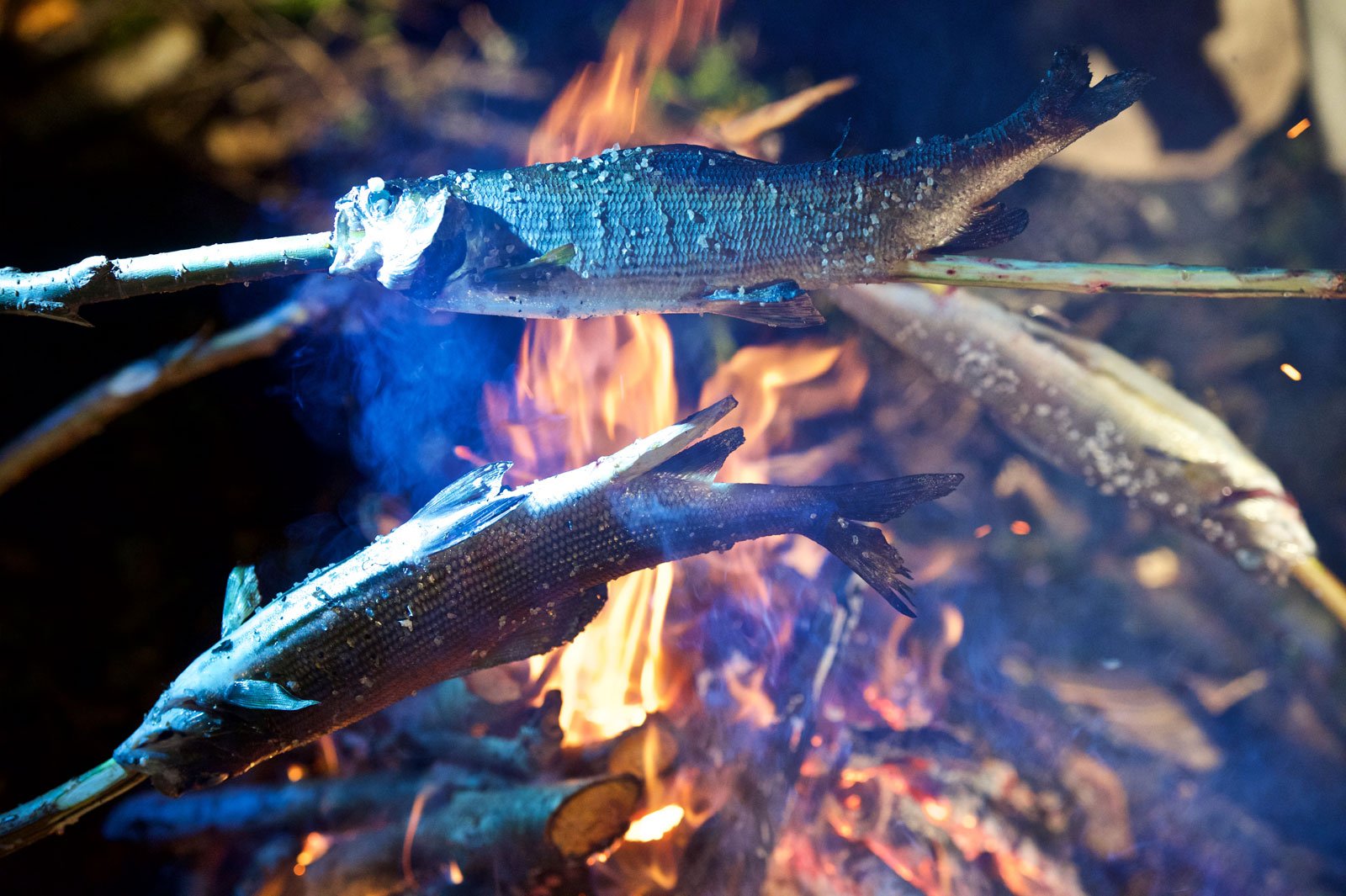 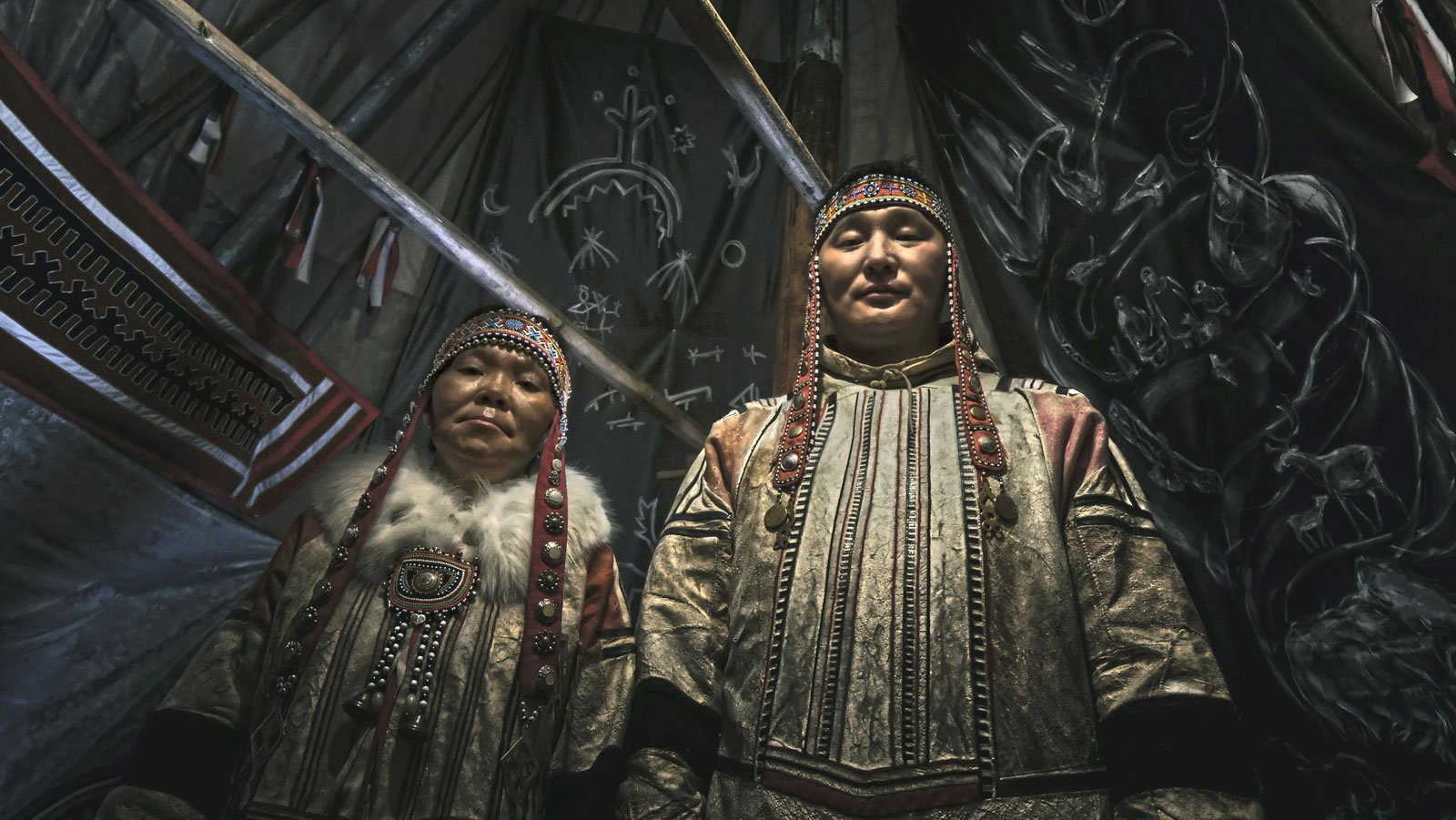 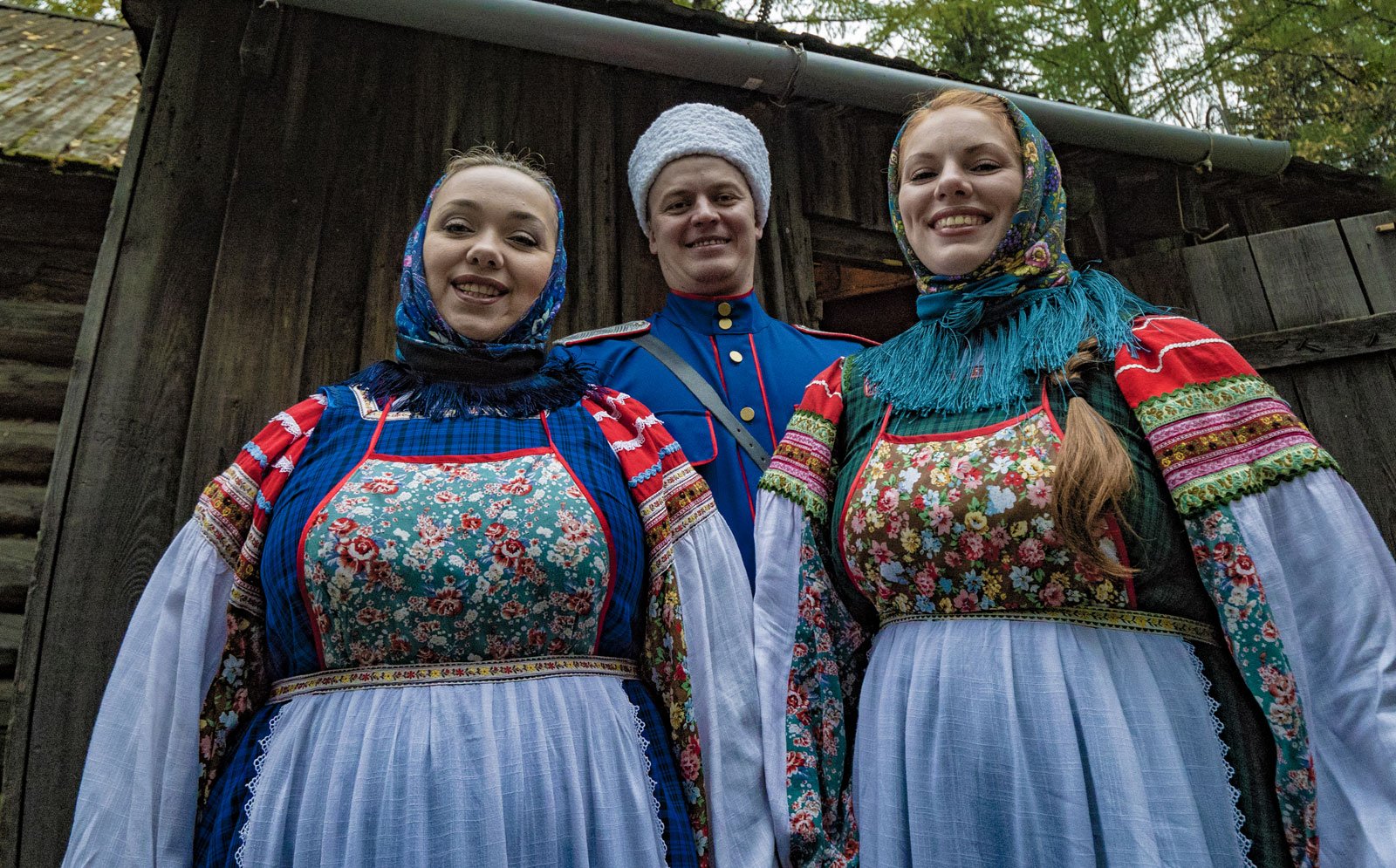 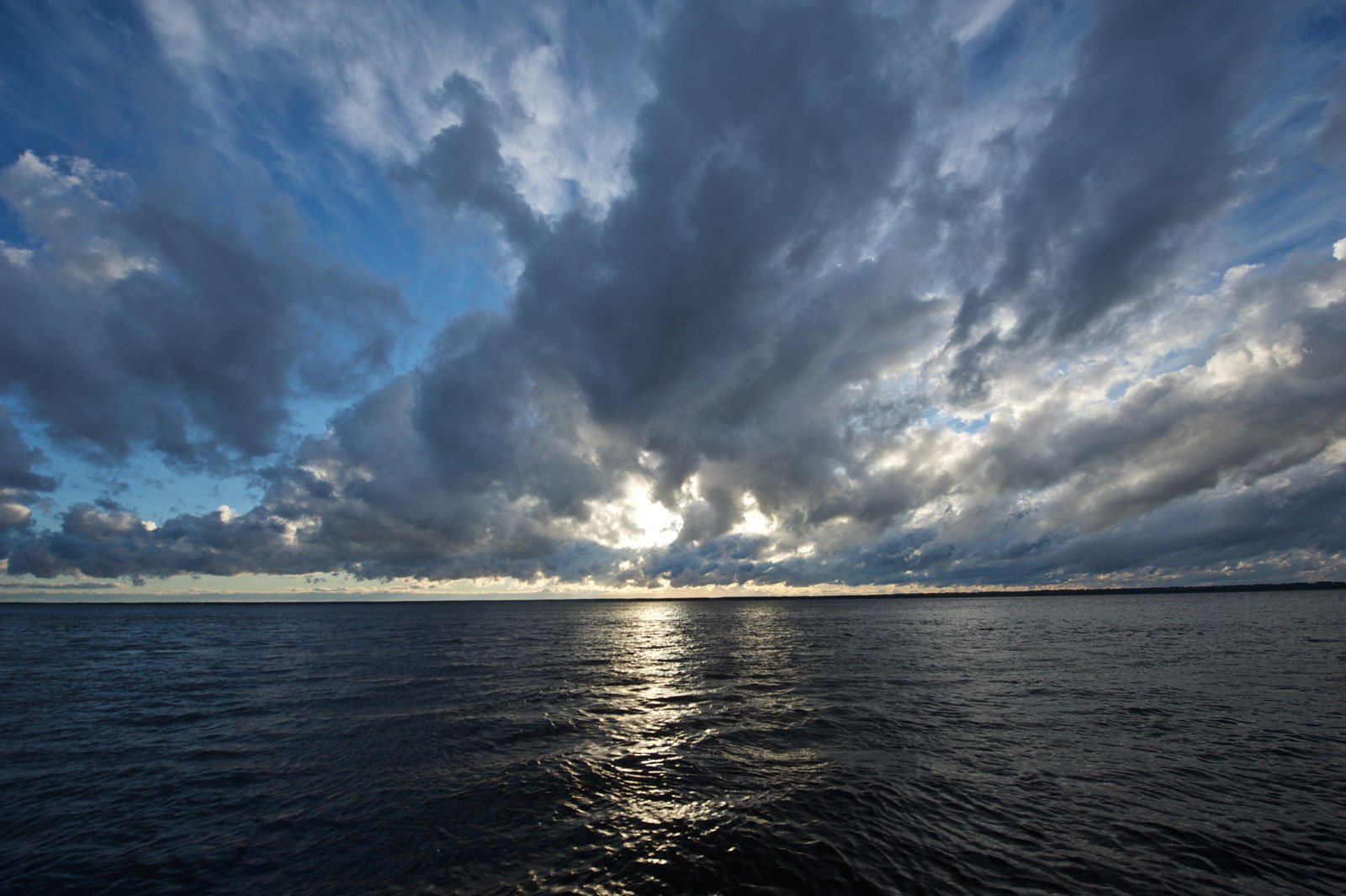 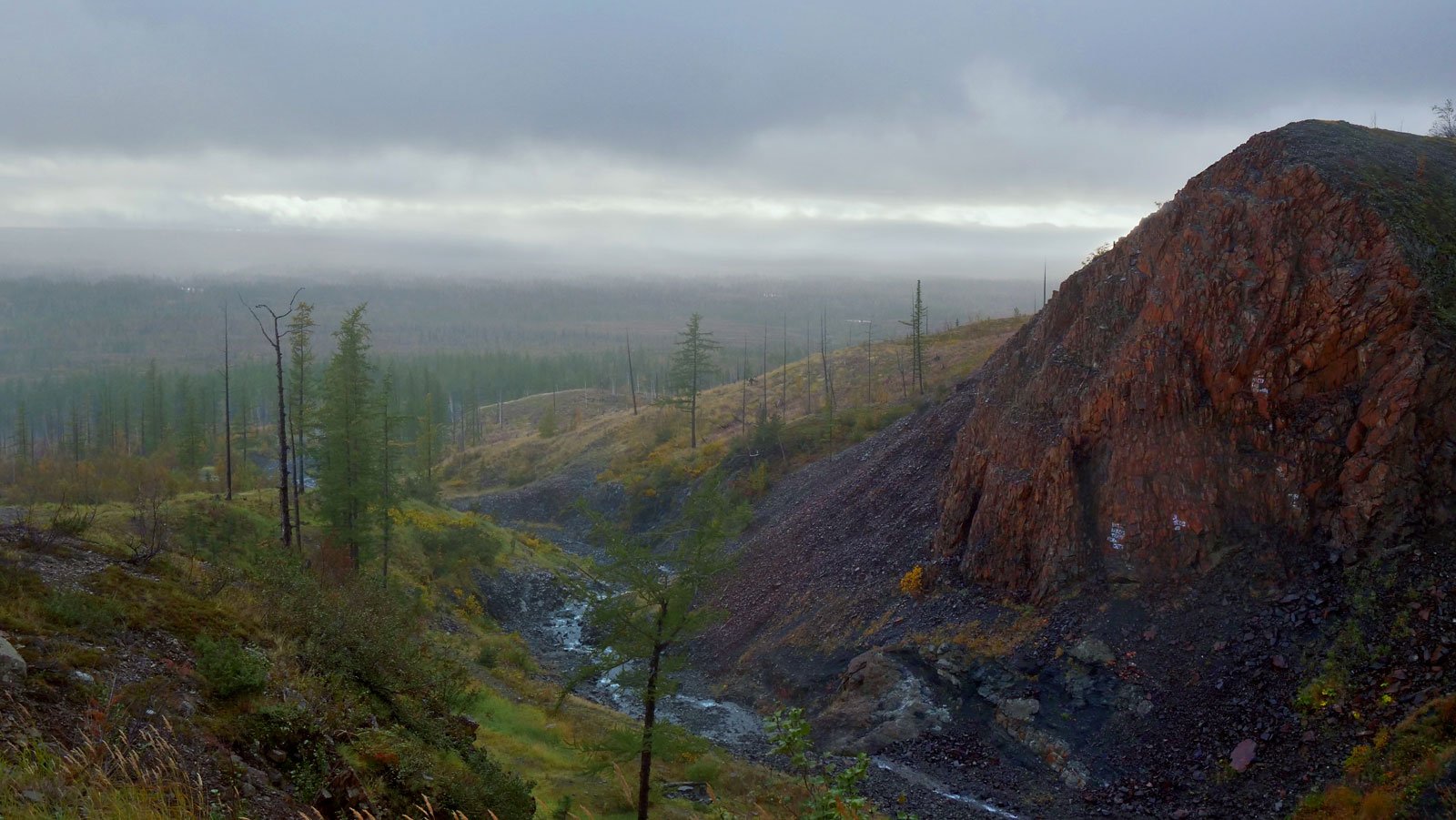 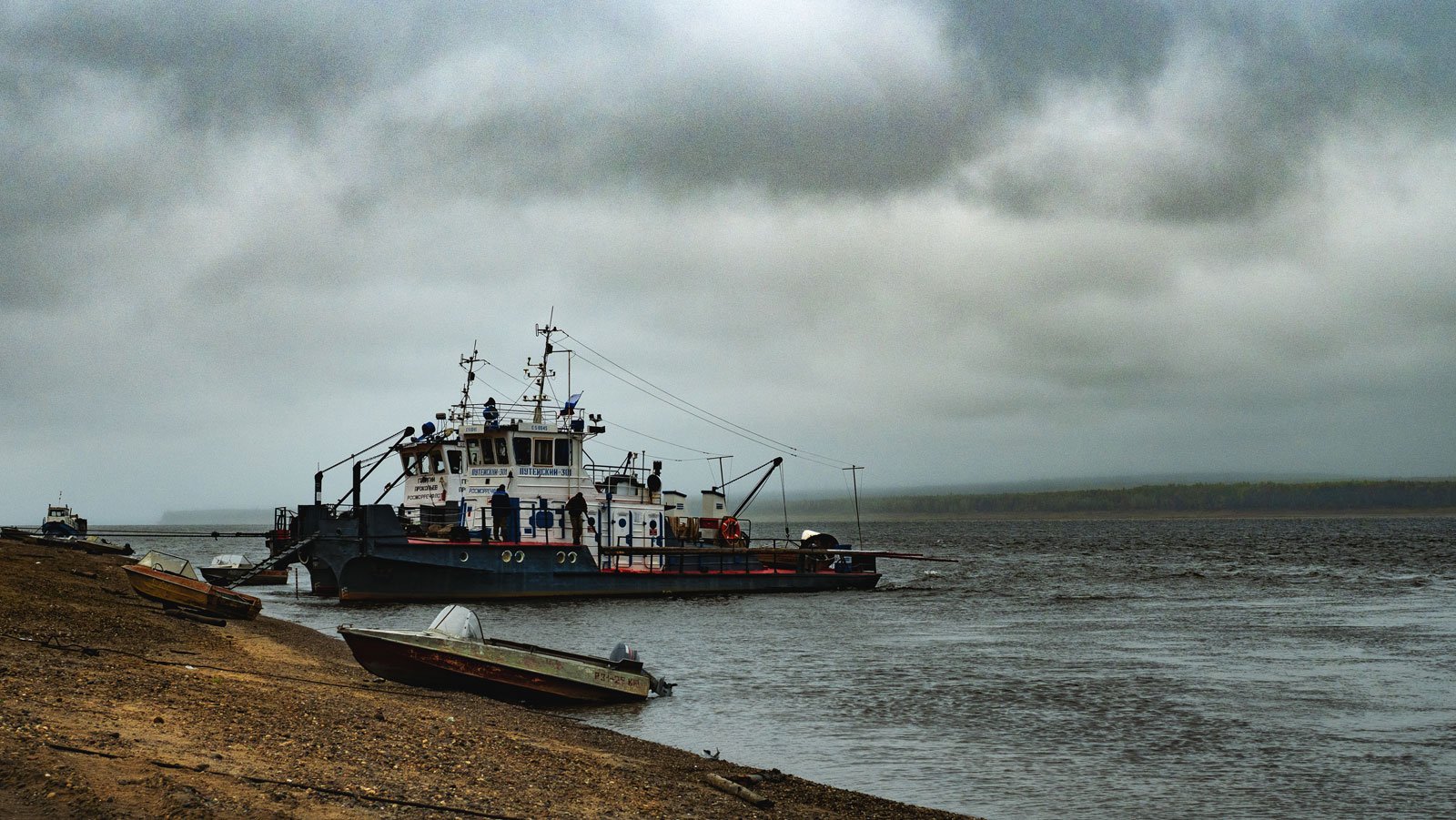 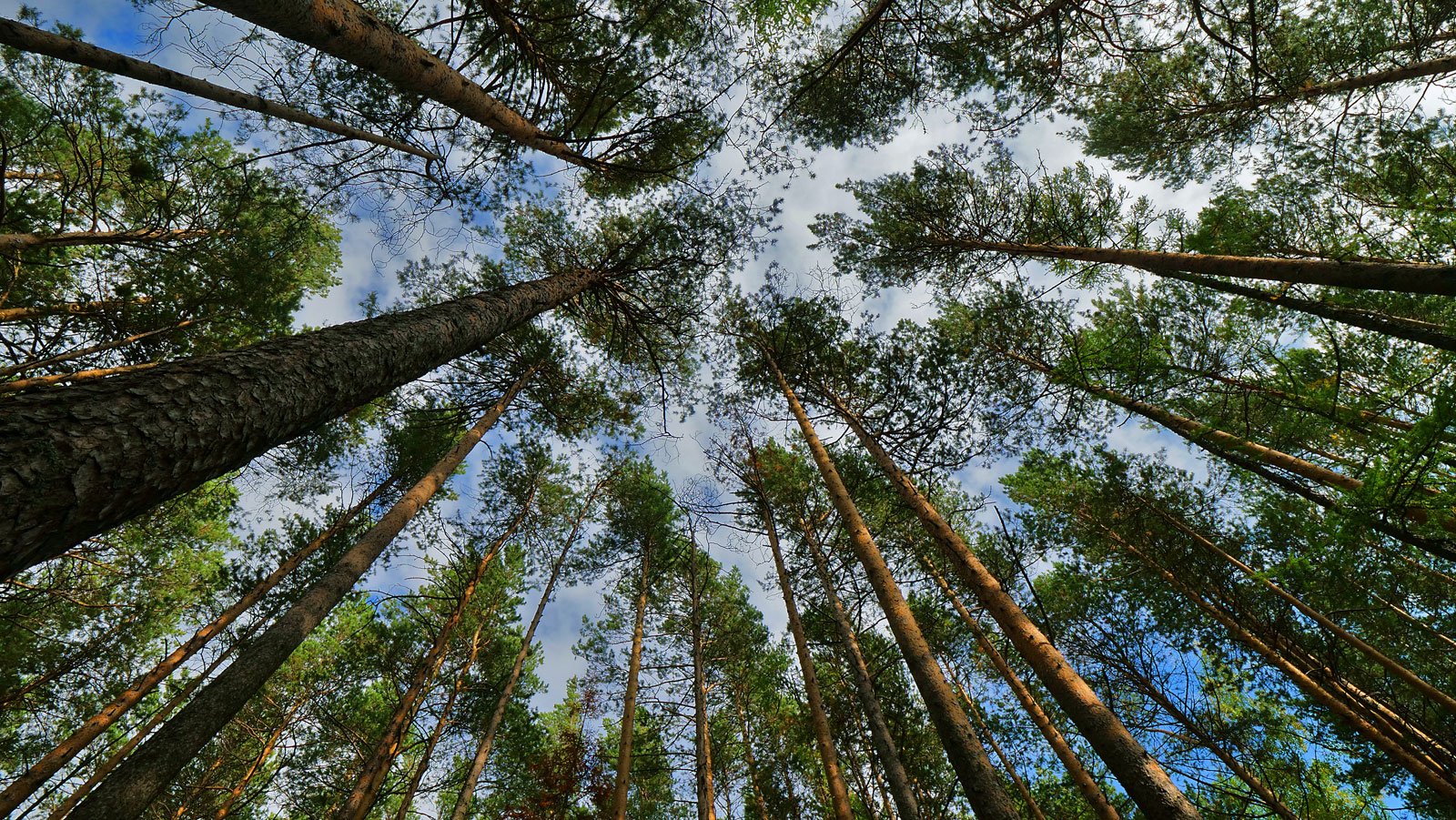 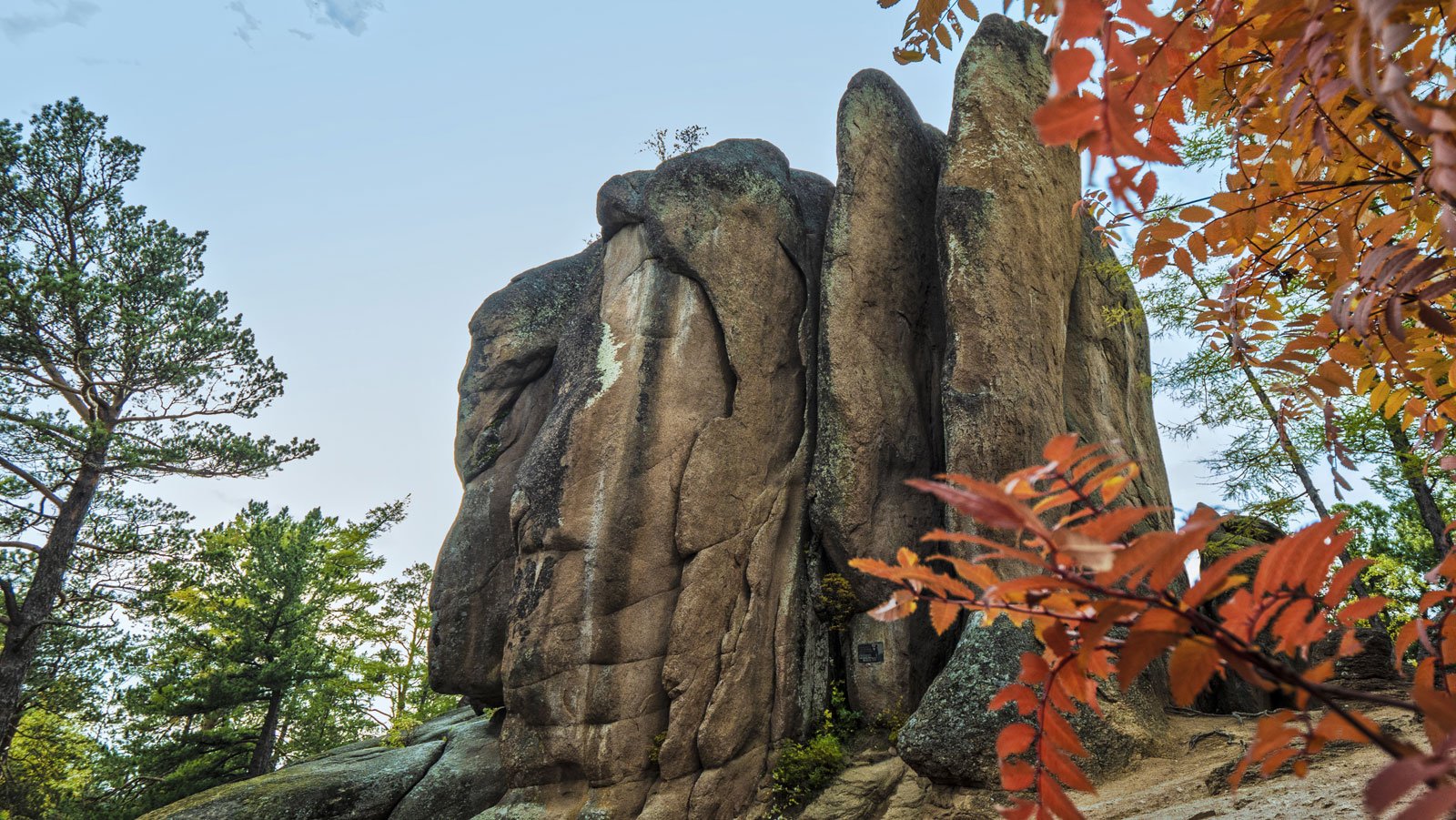 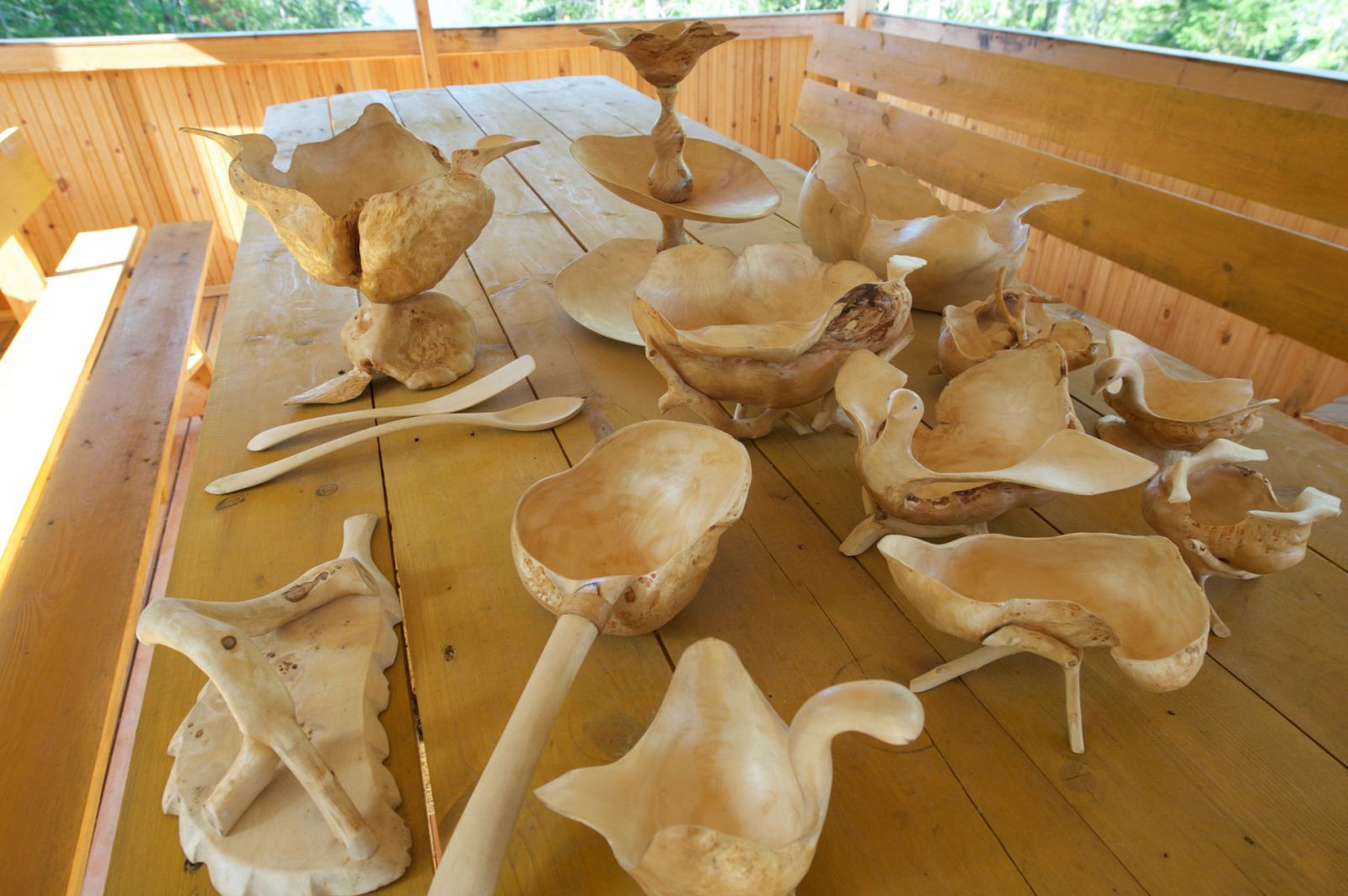 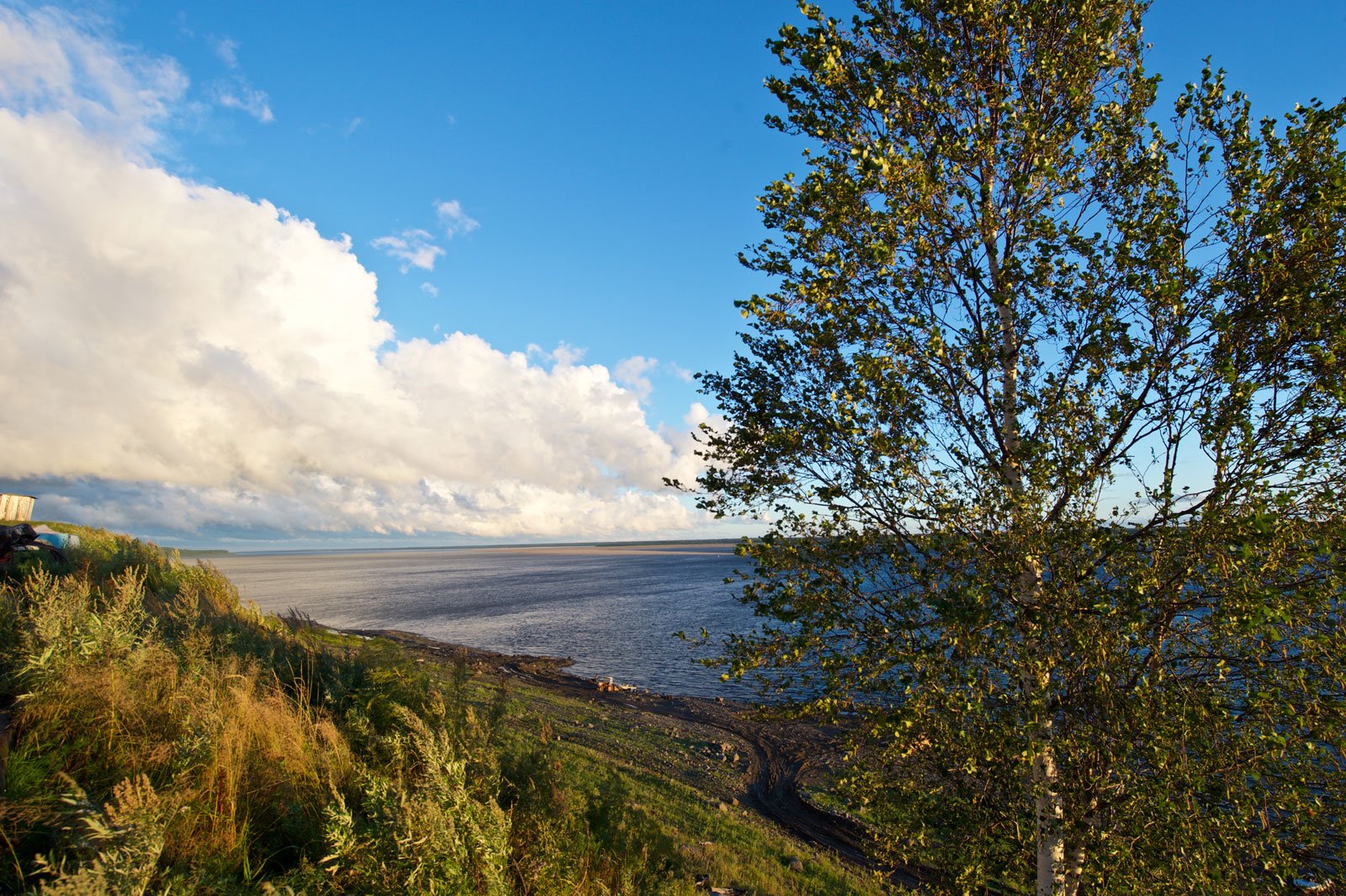 This 13-day cruise on board the newly refurbished Maxim Gorky offers the chance to see parts of Russia that many don’t see. Cruising along the Yenisei (Enissei) River, highlights include a helicopter excursion to the Putorana Nature Reserve, a chance to meet a reindeer herder inside a traditional chum and a visit to the first settlement founded by the Mangazeya Cossacks.
Day 1
Norilsk - Dudinka
Arrival. Transfer to the Ship
Your flight arrives at Norilsk Airport today where you’ll be met by a representative for your transfer to the ship. After check-in formalities have been completed on board, a welcome cocktail reception with sparkling wine and caviar has been laid on so that you can mingle with your fellow guests. Dinner will be on board.
Day 2
Dudinka
Visit to the Ethno-cultural Complex. Putorana Plateau by Helicopter
Dudinka is Siberia’s largest port, leading locals to dub the city “the place where hearts moor”. You’ll get to know the city a little better with an orientation programme which includes a visit to the open air Taimyr Mow ethno-cultural complex which showcases the cuisine, traditions, culture and customs of the people who call this region home. In the local history museum there’s even a 45000 year old mammoth to meet. Weather permitting, today you’ll also have the opportunity to take a helicopter tour to Putorana. This vast basalt plateau has an area the size of Great Britain and is second only to the Deccan Plateau. You’ll visit the Putorana Nature Reserve, a UNESCO World Heritage Site. Keep your eyes peeled for bighorn sheep and reindeer.
Day 3
Dudinka
Musical Concert. Visit to Fishermen and Reindeer Herders Houses
Before we set sail at 1pm, there’s a concert by a local ensemble that will give you a feel for the ethnic music of this area. Later, you’ll visit a fishing village where you’ll be hosted in a chum, a reindeer herder’s house. A chum is similar in many respects to a yurt. There’ll be a bonfire and local delicacies to try, as well as a herd of around a thousand head of deer. Grab a selfie with one of these furry creatures before returning to the ship.
Day 4
Igarka
City Tour. Visit to the Museum of Permafrost
Today, the cruise continues at a leisurely pace, with a chance to relax and unwind as we chug slowly along the river. Our estimated arrival time in Igarka, founded about 90 years ago as a sawmill and timber town, is 5pm. You’ll disembark for a bus tour of the local sights including the fascinating Museum of Permafrost. Descend down a flight of steps at the museum to experience a subterranean world that’s permanently frozen, whatever the weather is on the surface. You’ll take a look at ice dating back to the time of the woolly mammoth, and spot 49000 year old bird cherries and larch tree trunks, older still.
Day 5
Yermakovo
Gulag Museum
We’ll travel through the night to Yermakovo, arriving in the early morning. After breakfast, you’ll disembark at the pier or by Zodiac small boats depending on the water level. Today’s focus is the Museum Building 503, dedicated to telling the story of the gulags. Hike a kilometre through Siberian forest to the remains of Russia’s northernmost railway. These ruins act as a memorial to the 300000 people whose lives were claimed in its construction, leading it to be called “Dead Road”. There may also be the chance to fish before the ship departs at 2.30pm.
Day 6
Turukhansk
Museum of Regional Studies. Sverdlov Museum
Another early arrival today, this time at a village called Turukhansk. This place experiences extreme seasonal climatic variations, with summer temperatures regularly topping 35°C and winter temperatures plummeting to a numbingly cold -60°C. It’s a beautiful region, home to the arctic fox, reached by air, river and road. You’ll visit the Museum of Regional Studies and the Memorial House-Museum of Y. Sverdlov before the ship sails at 11.30am. Onboard tonight there’s a showing of the film Happy People: A Year in the Taiga which will further develop your understanding of the environment in which you’re travelling.
Day 7
Verkhneimbatsk - Bakhta
Visit to the Ethnic Park. Tour in Traditional Wooden Boats
For today’s first shore excursion, you’ll disembark on Zodiacs to reach the first settlement founded by the Mangazeya Cossacks in 1607, where the Yenisei meets the Verkhny Imbak River. The ethnic park offers context for the Putorana Plateau, Taimyr, the Turukhansk district and Evenkia. There’s a museum about the Cossacks and Pomors, plus a Ket camp and a spring with healing waters. We’ll lay on a tea party so you can try the local cuisine and a performance of folk music; there’s also an exhibition of paintings to peruse before you return to the ship.

Moving on to Bakhta, once again we reach the shore on Zodiac small boats, this time to meet the actors who had major roles in the film Happy People. They’ll happily answer your questions about life in the taiga and also what it’s like to make a movie! You’ll get the chance to sail an authentic tarred wooden boat typical of Siberia and try your hand at fishing using the traditional method. Forage for native berries in the forest and taste delicious fish soup beside the riverbank. At 9pm we’ll board the ship again to carry on our journey.
Day 8
Vorogovo
Visit a Siberian Fair
We should reach Vorogovo by 1pm today, where we’ll visit a Siberian fair. There’ll be singing and dancing, and overall a festive atmosphere. Joining in is encouraged, whether you play a shaman tambourine or munch on some of the local treats – why not try raw fish stroganina? Of course, no market visit would be complete without a bit of shopping and fortunately there are plenty of handicrafts for sale that make the perfect gift or a souvenir for yourself if you just can’t bear to part with them.
Day 9
Nikulino
Old Believers Village
Have you ever wanted to stray so far from the beaten track that even Google maps can’t locate you? Today’s your chance, with a morning visit to Nikulino village. Photography and video are prohibited and we ask that you respect the wishes of the villagers to remain incognito. This is the home of the Old Believers, who eschew modern gadgets like TVs, computers and mobile phones. There’s no internet, in fact no connectivity at all apart from human interaction. Travellers rarely get the opportunity to visit such a place, and the Old Believers took some convincing to embrace tourism. We ask in return that you respect their time honoured traditions and unique culture, treasuring the memories you make from your time with them.
Day 10
Yeniseisk
City Tour. Visit to the Regional Museum
The city that shares its name with the river you’re travelling along is the destination today. This 400 year old city is packed with history, with its narrow streets crammed with merchant houses, monasteries and museums. The city tour today encompasses the Yenisei Regional Museum A.I. Kytmanova, the Museum-Estate Photo Izba with its collection of lifestyle memorabilia, the Wood Plane Museum which exhibits carpentry tools and is listed in the Guinness Book of Records and a stagecoach exhibition. It may be possible to take a carriage ride.
Day 11
Galanino
Interactive Programme – Siberian Cossacks
In a cosy and authentic Russian hat you’ll learn about the everyday life of a Cossack this morning as we reach Galanino. This is a chance to experience Siberian hospitality at its best: hot tea from the samovar, local liqueurs, pickles, crusty pies, homemade cakes, honey and of course great company. You’ll be regaled by tales of local life, enjoy a birch bark, basket-weaving and embroidery masterclass and listen to traditional songs as the Cossacks themselves would have heard for centuries.
Day 12
Krasnoyarsk
City Tour. Visit to the Hydroelectric Plant. Bobrovy Log Fan Park. Gala Dinner
Today, around three in the afternoon, we slide into the dock at our destination. This is a fabulous city, rich with ancient merchant houses, bridges, fountains and factories. You’ll be able to walk along one of the longest streets in the world and take a bus tour which visits the Tsar Fish monument and observation deck, plus the Krasnoyarsk dam and hydroelectric plant. Ascend by cable car to the top of Bobrovy Log Fan Park where you can gaze down over the city and follow a 2km long eco-trail. The more active can walk the Stolby Nature Reserve which is home to wonderful pillars of volcanic rock. These ancient pillars are thought to be between 450 and 600 million years old and are scattered over an area of over 450 sq km, so don’t expect to see them all.
Day 13
Krasnoyarsk
Transfer to the Airport
This morning it’s time for one final breakfast on board before an optional visit to the Krastsvetmet factory which manufactures precious metals. Then, bid farewell to the ship and transfer to the airport for your departure. Safe journey!

Tour Dates & Prices Book Now
Motor Ship Maxim Gorky  - 5* Vessel
Refurbished to a high standard for the 2020 season, the Maxim Gorky is an elegant and modern 5 star ship. Named for the Russian writer who was nominated for the Nobel Literature Prize five times, all of her cabins and suites are outside-facing and have en-suite bathrooms and air-conditioning as standard. Accommodation comprises 2 suites, 33 deluxe double cabins, 12 deluxe triple and 3 standard cabins.
Learn more

We thrive on feedback! We are very happy to have served thousands of happy customers who travelled with us. Please browse our guestbook below, read our clients' feedback on Tripadvisor and also watch a short customer's interview sharing her travel experience with Go Russia. To respect our clients' privacy all names are encoded.
Please note all prices are per person based on a minimum of two people travelling together. Read more about prices for solo travellers.

Krasnoyarsk
Krasnoyarsk is most populous city in the world... Read more

Dudinka
Dudinka is most populous city in the world... Read more

Igarka
Igarka is most populous city in the world... Read more

Yermakovo
Yermakovo is most populous city in the world... Read more

Turukhansk
Turukhansk is most populous city in the world... Read more

Vorogovo
Vorogovo is most populous city in the world... Read more

Nikulino
Nikulino is most populous city in the world... Read more

Yeniseisk
Yeniseisk is most populous city in the world... Read more

Galanino
Galanino is most populous city in the world... Read more