From the language of the ancient local tribesmen, the word Siberia can be roughly translated as “sleeping land.” This is not far from the truth, as at least half of the year this sleeping land is covered with a beautiful and majestic blanket of snow. To many from the western world, Siberia invokes images of an eternally cold land of exile and dark endless winter, vastness as well as emptiness, a strange unknown territory stretching into the borderless horizon. The Asian part of Russia is huge indeed –from the Ural Mountains to the Pacific, from the northern polar seas to the Caspian steppes, Mongolia and China… The territory of Siberia exceeds that of all Europe and covers about 14 million square kilometers stretching across taiga and steppes as well as vast forest lands. Despite the size of the territory, the population of Siberia is very small, not more than 30 million, and is mostly concentrated in the Southern Siberian regions. (By comparison, the current population of the UK is approx. 61 million, and that of Germany approx. 80 million.) 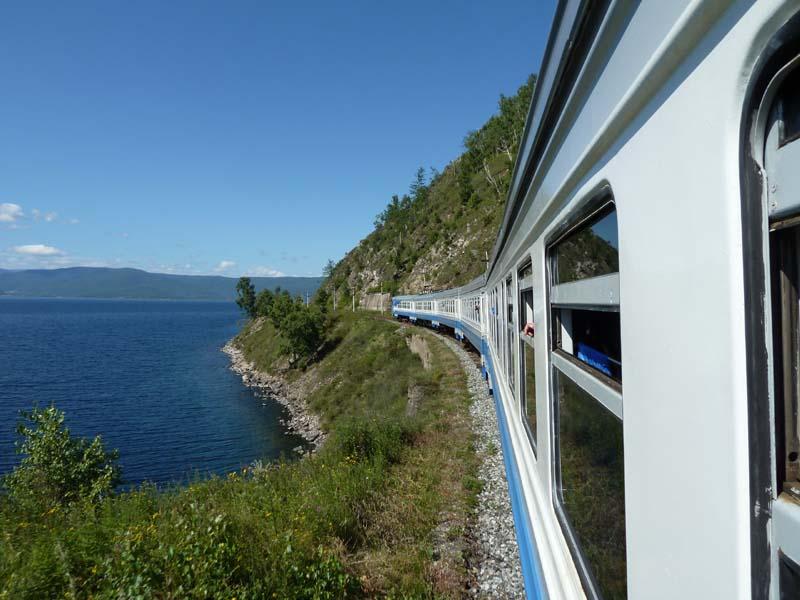 Initially, Russians came to Siberia in the 17th century. Centuries of independent life (people in Siberia had never been serfs) living in the wild have made them reliable, strong, appreciative of nature and tolerant of other religions and cultures.

It is the legendary Trans-Siberian Railway which holds the vast territory of Siberia together. The actual length of the Trans-Siberian Railroad, or simply TransSib from Moscow to Vladivostok, is over 9,288 kilometers, covering nearly all Eurasia. It's the longest railway on the planet (complete non-stop trip from Moscow to Vladivostok takes 7 days) passing through two continents: Europe (19% of the whole length) and Asia (81%). The 1,778th km of the TransSib railway line is considered to be the border between Europe and Asia. Here, near Pervouralsk, at the foot of the slight Central Ural Mountains stands a monument that symbolizes the geographical border between those two continents.

The train crosses the 16 largest Russian rivers, about 90 cities and 14 regions situated in 10 different time zones. On your Trans-Siberian route you could make a stop in one of the major cities of Russia and explore the traditional life of the Russian province. Before the October revolution in 1917, it was Saint Petersburg which was considered the starting point of the Great Siberian Way. Also, Vladivostok was not always the final point of the TransSib: from the 1890"s century up to 1905, the end of the “Great Road” was the naval fortress and town of Port Arthur, rented at that time by Russia from China. The construction of the railway began on May 19, 1891 near Vladivostok. The grand laying was attended by the future emperor, prince Nikolai. Regular communication between the Empire's capital, Saint-Petersburg, and Pacific ports (Vladivostok and Dalniy) by railroad was established in July 1903.

The TransSib is a working train and is the lifeline of Siberia. There are only a few intercity roads of reasonable quality that connect the cities and settlements in Siberia. It is the TransSib that has linked isolated parts of Siberia to the central part of Russia, and given impetus to the settling and development of eastern areas of Russia.

The TransSib is famous for its numerous bridges (the biggest one is 2612 meters in length), tunnels (the longest is 7 km), and some beautiful train stations. The most famous station is probably of Novosibirsk, which once was the biggest in the entire USSR. There is also a unique train station “Slyudyanka” near Lake Baikal. The whole building was made of marble in 1904 as a monument to the construction workers of the Railway.

You have to recognize that the Trans-Siberian Railroad is not a special tourist train. In fact, it comprises a number of railway lines and sub-lines that stretch from the west of Russia across the plains of Eurasia, some of which cover almost the entire route, such as the train “Russia,” or the “Baikal Express,” which runs from Moscow to Irkutsk (Lake Baikal). There are also services which run to Beijing (China) via Ulaanbaatar (Mongolia).

You can either take the whole journey non-stop through about a quarter of the globe, or you can make breaks on your way and visit some interesting Russian cities or places. And whatever you choose, sitting back in your train you"ll be captivated again and again by the ever-changing sights of the large Siberian rivers, taiga forests, magnificent lakes and endless steppes.


HIGHLIGHTS OF THE TRANS-SIBERIAN RAILWAY

CLIMATE AND WEATHER OF SIBERIA

The continental climate of Siberia is harsh and some regions may experience extreme temperature differences, i.e., the annual temperature there can range from –40 C to +40 C. However, the air in Siberia is very dry which allows one to bear the cold in winter much more easily than in the central part of Russia.

Read more about Mongolia in our travel guide.

Read more about China in our travel guide.