Discover Russia and Mongolia: from Moscow to Ulan Bator (TS-29)

from $2,995
16 days
Choose your date
Select a date
or
Choose your own date
Book now Inquire Compare tours 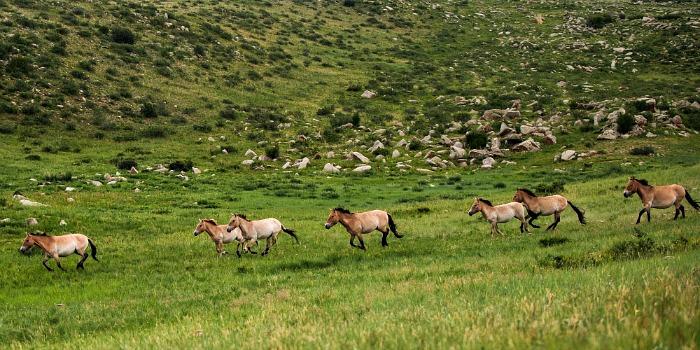 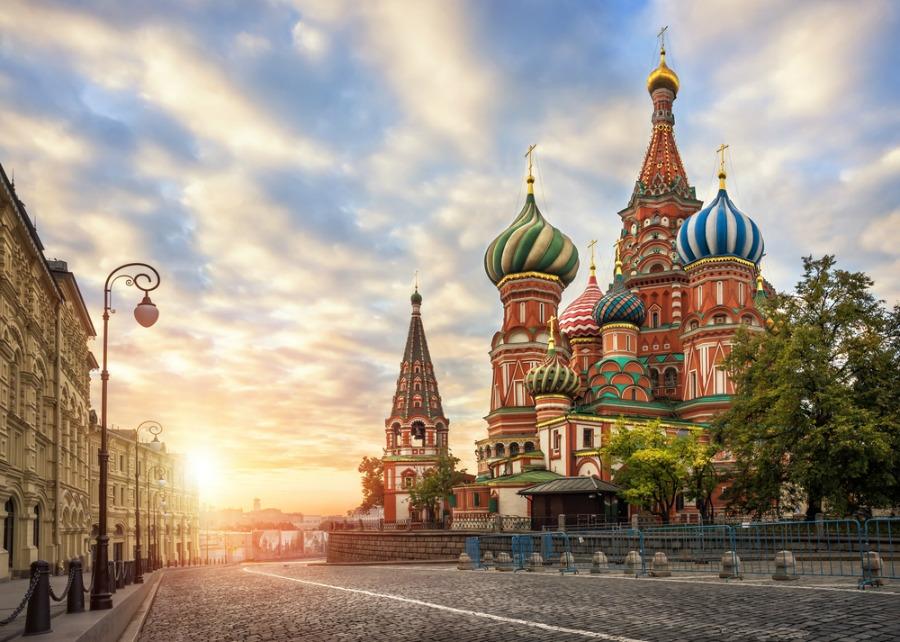 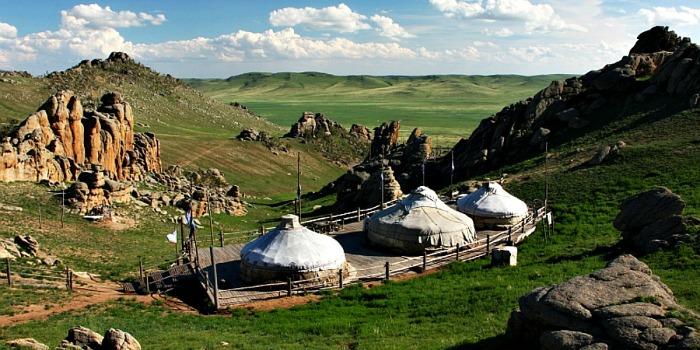 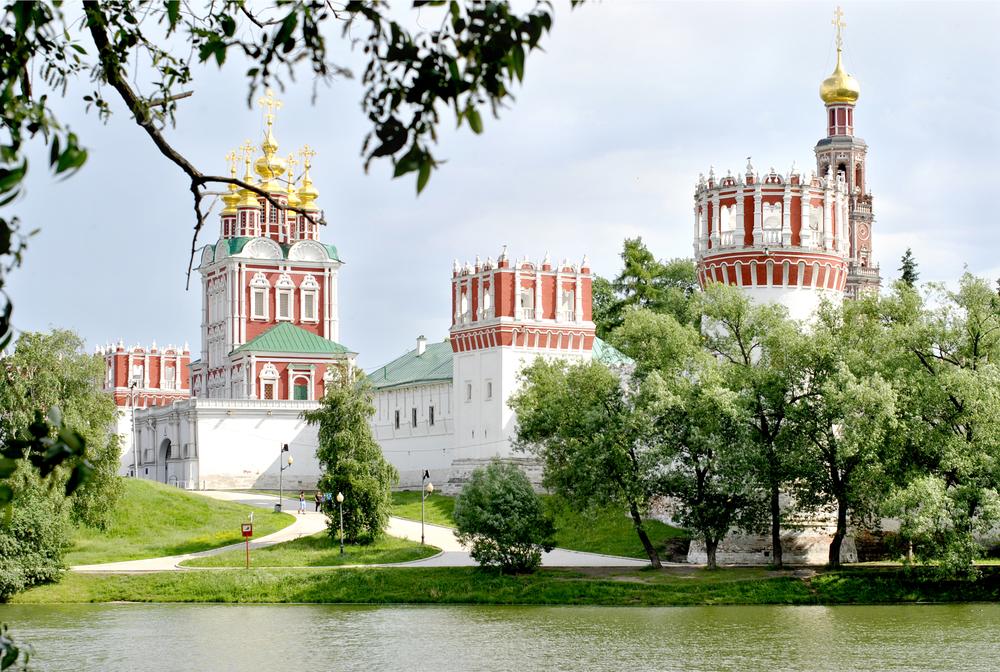 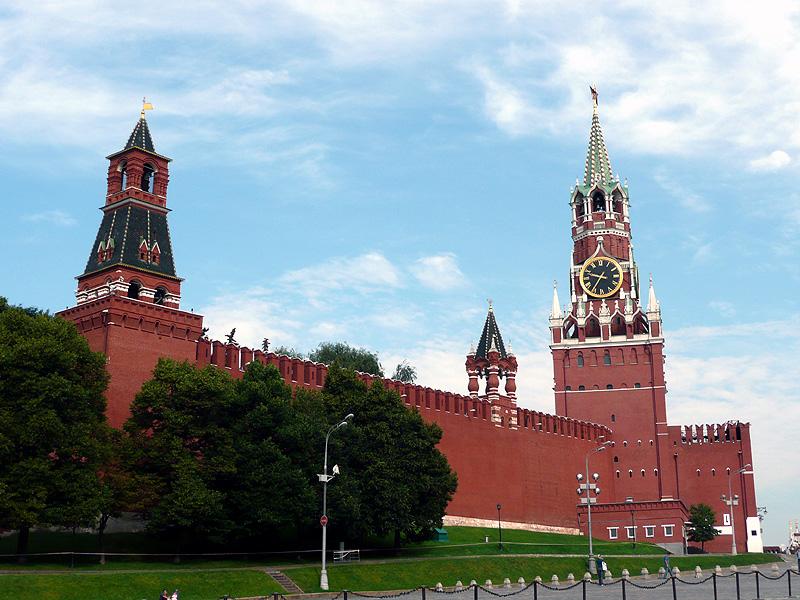 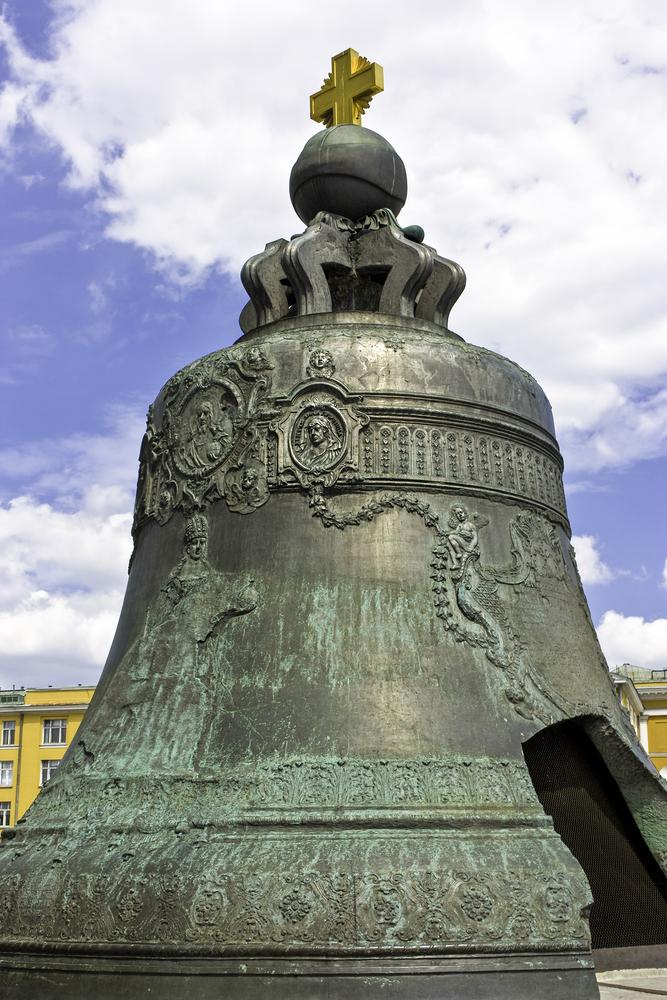 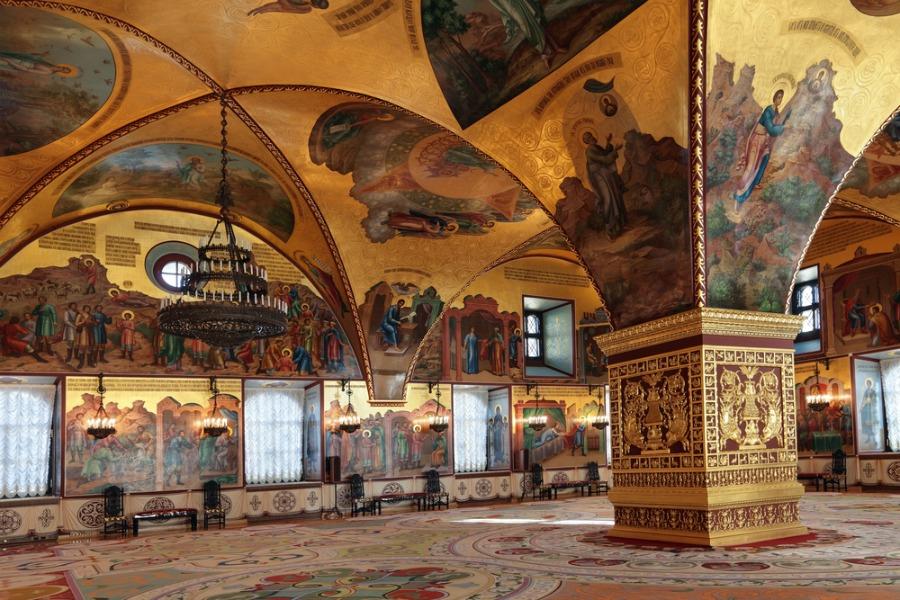 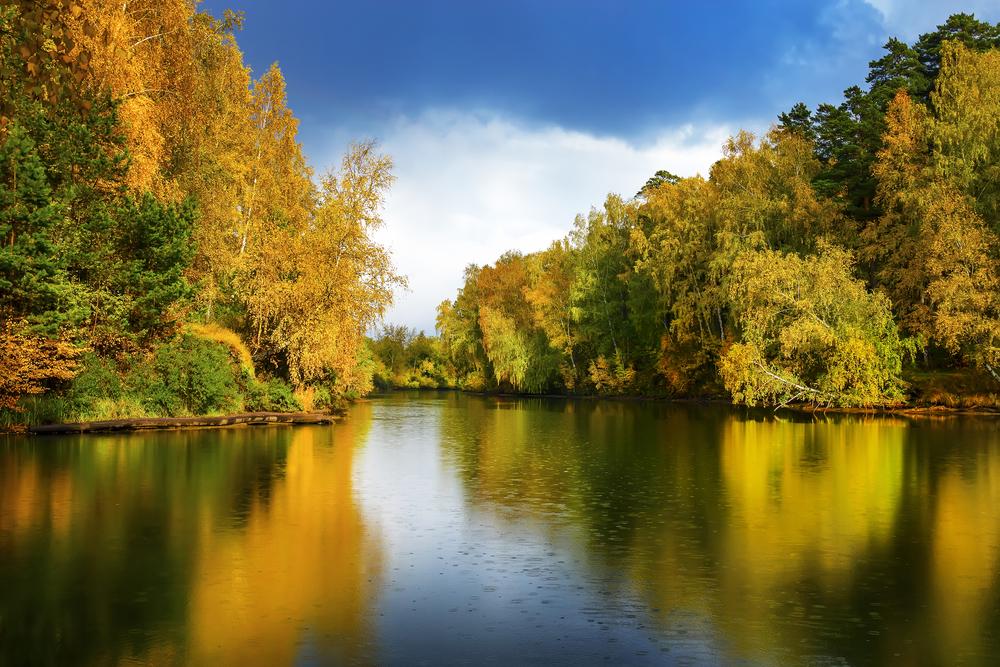 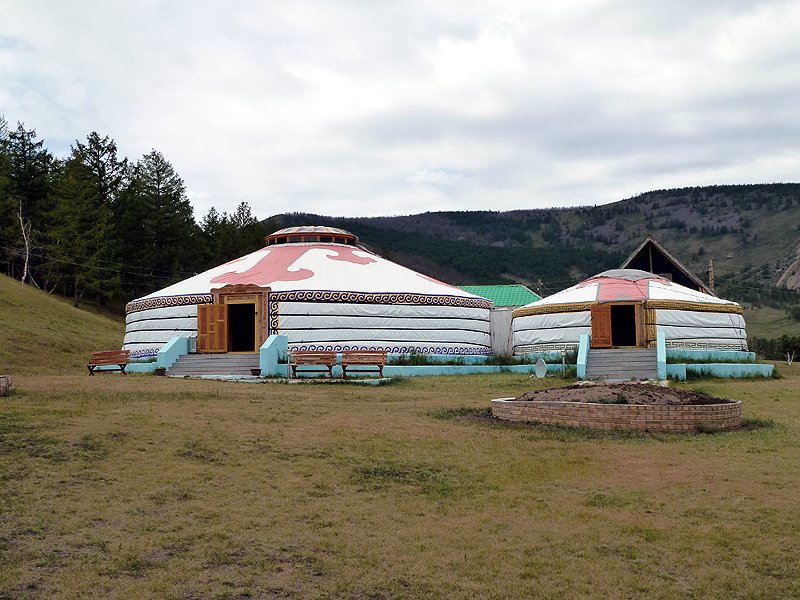 Discover Russia and Mongolia: from Moscow to Ulan Bator (TS-29)

Tour Dates & Prices Book Now
Moscow Ibis Center Bakhrushina Hotel 3*
Part of the Ibis collection, the Moscow Center Bakhrushina Hotel is an excellent choice if you’re looking for a value hotel with facilities you can trust. Situated within the meander of the Moskva River, it’s centrally located a half hour stroll from Red Square or the Kremlin and within easy reach of the Paveletskaya metro station.Learn more

Hotel Novotel Yekaterinburg Center 4*
The Novotel Yekaterinburg Centre is one of the best hotels in the city. It is conveniently located right in the heart of the capital of the Urals, within walking distance of the city's main attractions and the business and shopping centers of Yekaterinburg. All rooms feature climate control and free WIFI, combining modern decor, ergonomics and high-tech equipment. The hotel is fully equipped with new-generation Novotel rooms meaning MediaHub panel allowing to charge Mac, iPhone and plug laptop to TV, watch movies and make video-calls. Standard rooms have air conditioning, rain shower, satellite TV, tea/coffee amenities, laptop safe, minibar.Learn more

Mayak Hotel Listvyanka 4*
The Hotel Mayak in Listvyanka occupies an enviable waterfront position giving its guests panoramic views over Lake Baikal. Many of the rooms have large windows from which you can watch boats come and go at the boat dock. The hotel itself is well equipped with the facilities you would expect from a property of its class, with a pool, sauna and Russian banya for guests. There’s free WiFi throughout the hotel, room service and assistance with document registration.
Learn more

Hotel Angara 3*
The Angara Hotel was named after the great Siberian River and is situated right in the heart of business and financial life of Irkutsk - on the Kirov Square. There are 285 comfortable standard rooms, semi-deluxe and deluxe rooms equipped with a private bathroom, safe, color TV, mini-bar, hairdryer, air-conditioner and Internet access. The hotel has two restaurants, post office, currency exchange office, massage room, sauna with a pool, gym, casino and billiards.Learn more

Terelj Lodge Ger Camp
Ger camps we use on our tours are slightly modified for Western travelers, however they do offer a genuinely authentic experience and most of them are situated in picturesque areas. The gers are made of a wooden frame that is covered with felt. Inside they are generally brightly painted and feature two or four single beds, a small table, chairs, a lamp, electricity sockets and a stove for heating. Learn more

Hotel Platinum Ulan-Bator 4*
Located in the Sukhbaatar district of central Ulan Bator, the Platinum Hotel is a comfortable 4* hotel which has proved popular with guests. Its proximity to Sukhbaatar Square ensures guests are based at the very heart of the Mongolian capital, and premier attraction such as the National Museum of Mongolian History, the Mongolian Theatre Museum, Presidential Palace and the Chinggis Khan Gardens are just a short stroll away.
Learn more

We thrive on feedback! We are very happy to have served thousands of happy customers who travelled with us. Please browse our guestbook below, read our clients' feedback on Tripadvisor and also watch a short customer's interview sharing her travel experience with Go Russia. To respect our clients' privacy all names are encoded.
All tour guides were excellent, very knowledgable and friendly. —
Henry C. Dunn
The whole experience was good, the programme was interesting and the guides were good or very good. We were met at each point as per the programme, the tickets were provided as necessary and sometimes we were taken to the hotel on arrival rather than having to wait as we had thought we would have to until after a city tour. Booking, visa support, assistance from your office were all excellent. —
Jayden Reeves
Our Mongolian guide and our Mongolian tour were the highlight of our trip. Our guide was extraordinary in terms of planning and accommodating and keeping everybody happy. He was tremendously knowledgeable and had a great sense of humour —
Ellis Banks
Russia excellent on all things, Mongolia outstanding on all things, I would do the trip again for Mongolia. The guide and driver were the best. Train great fun. —
Zoe Perkins
I like very much the responsive of the office for any question and arrangement. Julia and Lilia were professional and very helpful. The tour itself went very smoothly all the pick ups, trains and tours where exactly at time and coordinated very well, including the joining of my wife in Mongolia. The hotels and the trains were exactly as promised. —
Nicholas Green
The punctuality of drivers and guides they’re command of English excellent, and the itinerary was a perfect mix of cultural experience, trips and free time. —
Cameron Rhodes
Whole trip went very smoothly. As a solo female traveler I felt very safe and everything went without any problems. —
Naomi Burke
This was a fantastic experience from start to finish. Would I undertake the trip again? In a heartbeat! The support from London was great and the organisation on-route excellent. The guides were all good and several were outstanding and really catered for our needs. Thank you to the staff of Just Go Russia - loved it! —
Les Goodchild
What was planned was fulfilled - meeting up with taxis, guides etc. Chosen venues to visit were as wanted. Knowledge of guides excellent. —
Nicole Crawford
Punctual and knowledgeable guides made our tour into the trip of a lifetime —
Shannon Harding
Please note all prices are per person based on a minimum of two people travelling together. Read more about prices for solo travellers.


Add to TS-29 tour Send request
Diamond Fund Guided Tour
Diamond Fund Guided Tour The Diamond Fund is located in the Kremlin Armoury containing the most valuable gems of Russia - a collection of masterpieces of jewellery of the 18th-20th centuries, rare precious stones, gold and platinum nuggets of great artistic, historic and scientific importance. It is one of the few treasuries in the world that house unique crown jewels. The exhibition features such treasures as diamond encrusted Coronation Crown of Catherine the Great, the world-famous 190-carat Orlov Diamond among other stunning examples.

Add to TS-29 tour Send request
Trekking at Baikal with Picnic
Trekking at Baikal with Picnic Note: you need to be fit to participate in this trek. This is a circular route hike which starts and ends in Listvyanka. First half of the walk goes through the Taiga forest, then the trail leads down to the shore of Lake Baikal. On the lake shore the guide will cook for you a delicious lunch on camp-fire. After sunbathing and swimming in the lake, we continue our walk on the hillside enjoying the panorama of Lake Baikal along the way. You will be accompanied by an English-speaking guide.

Add to TS-29 tour Send request
Ulaanbaatar
World Energy Point by Train
World Energy Point by Train Dornogobi (Eastern Gobi) province located in the south-east of the country and bordering on China, is part of the Gobi desert belt. Sand dunes Burden Gashuun, Tsagaan Els and Tavan Tolgoi stretch along the borders of the aimag (province). The main attraction of the region is Khamriin Khiid Monastery, founded by the famous monk and poet of the 19th century Danzan Ravjaa, however, ruined in the 1930s. Today, the new monastery with two temples is re-opened. Near the caves, where Danzan Ravjaa and his disciples meditated there are 9 stupas built to commemorate him. Dinosaur bones and fossils have also been found in the area.

Add to TS-29 tour Send request
Gobi Classic Tour
Gobi Classic Tour Gobi Desert is one of the world’s legendary places, feared as uninhabitable yet attracting travelers because it is so forbidding. Hit the road with this remarkable 7 days long journey deep into the forbidding Gobi Desert. We will lead you on an unforgettable journey where no two days are alike and where you will learn the complex nature of this famous desert. This is a road trip like no other!

Irkutsk
Irkutsk is most populous city in the world... Read more

Listvyanka
Listvyanka is most populous city in the world... Read more

Ulaanbaatar
Ulaanbaatar is most populous city in the world... Read more

Terelj
Terelj is most populous city in the world... Read more

Karakorum
Karakorum is most populous city in the world... Read more