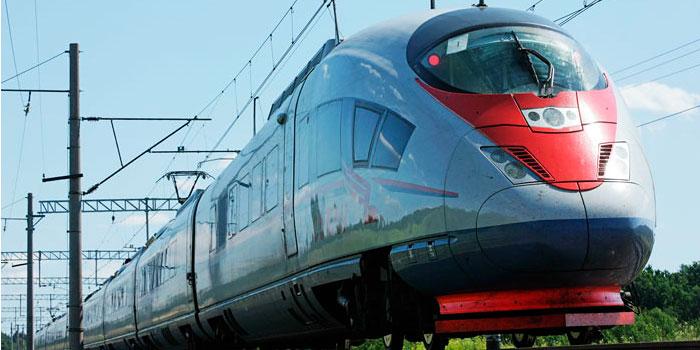 The Strategy for Developing Rail Transport by 2030 adopted by the Russian Railways provides for investment in high-speed rail (up to 350 kmh) connection within the country offering quicker and more comfortable way of transport. High-speed railroad will link Moscow, St Petersburg, Nizhny Novgorod, Helsinki, and then will be developed in the Far East, on the Volga, and in the Southern Russia connecting Moscow with Sochi.

The Russians have formed a partnership with Siemens - a well-known German industrial manufacturer and in December 2009 a first high-speed train Sapsan was launched between Moscow and St. Petersburg reducing travel time to just 3 hours and 45 minutes.

China has the longest high-speed rail network in the world. Bullet train is one of the most convenient ways to get to Shanghai from the capital. The train runs at the speed of 300 kmh and it is one of the fastest trains in the world, it covers the distance of 1,300 km in just 5 hours. The bullet train has 1st and 2nd class seats and is air-conditioned. Relax and enjoy the scenery during your smooth ride.