Moscow - the Power of Capital, the Energy of Megalopolis 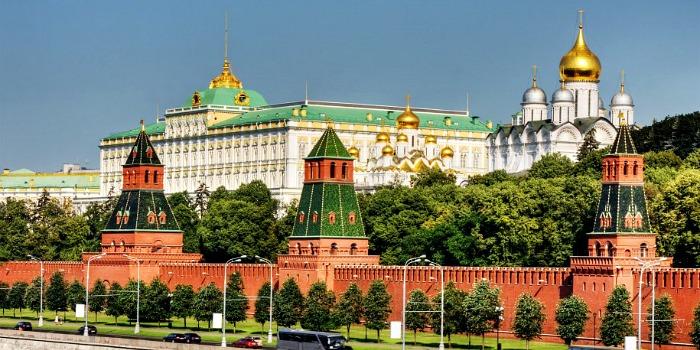 There is hardly a person in the world who has never heard of Moscow, one of the most beautiful cities of the world. Here in Moscow, more than anywhere else in Russia, one can feel the atmosphere of the Russian Renaissance - the process of changes happening in this huge country during the past two decades.
According to the old Russian chronicle, Moscow was founded by regional prince Yuri Dolgorukyi in the 12th century. In the 14th century, Moscow became the center of the Great Principality of Moscow. Later, it became the center of the whole Russian State. Today Moscow is a real megapolis. It has more than 10 million inhabitants, which makes it the fifth largest city in the world.

Moscow combines the best of old and modern architecture. It is a city of long avenues and majestic squares, leafy boulevards, parks and gardens, new luxury housing, bridges, the granite embankments of Moscow River, and the unique cultural and historical sites. The Moscow underground system is one of the most beautiful in the world.

Moscow is also a center of recreation. There are many night clubs, art-cafes and discos. There are 93 theaters, 89 cinemas, 17 concert halls, 88 museums and exhibitions in Moscow. The most popular museums are the Kremlin, the Pushkin Museum and the Tretyakov Gallery. Among the scores of Moscow theaters, the most famous is the Bolshoi (Grand). Introduction to the Russian classical ballet is a must of any tour program.

Today we can witness a new stage in Moscow’s life: the streets and squares have regained back their historical names, churches and monasteries have been restored, more and more neon signs are shining in the streets of Moscow, and private stores and restaurants are opening.

Moscow Kremlin
Russia's mythic refuge, the Kremlin is a self-contained city with a multitude of palaces, armories, and churches. Though its name instantly sparks images of formidable walls, glistening onion domes, and cloistered rulers of eras past, the word "kremlin" simply means "fortified town".

The Moscow Kremlin is one of the largest museums in the world. State regalia, invaluable icons, and treasures of Russian tsars are all stored in the Kremlin chambers and cathedrals. You will also enjoy the Tsar Bell that never rang and the Tsar Cannon that was never fired. The Tsar Cannon is the oldest and largest cannon in the world. This huge gun is over 5.5 meters in length and weighs 40 tons. The Tsar Bell was supposed to be the biggest and clearest sounding bell in the world. Unhappily, before it was set, the bell cracked in a fire in 1737.

The Kremlin dates back to 1147 and the very beginnings of Moscow. The original towered walls were completed in 1157, ten years after Moscow's founding, and by the late 14th century, Moscow had risen enough in power and prestige to become the seat of the Russian Orthodox Church. This change brought with it the construction of some of the Kremlin's most impressive structures, including the Cathedral of the Assumption, where Ivan defiantly tore up the charter binding Moscow to Mongol rule. Over the centuries, almost every ruler added their own monumental touches to the ensemble, leaving us with the dazzling citadel we see today.

The Ivan the Great Bell Tower is a famous Moscow landmark, visible from 30km (20mi) away, with the cracked Tsar Bell at its foot. The towers lining the Kremlin include the Tower of Secrets (the oldest) and the Gothic and Renaissance Saviour's Tower.

Red Square
is indelibly associated with images of stonefaced Soviet leaders standing in the bitter cold as a panoply of military might rumbles past their review stand atop Lenin's Mausoleum. Although the Square is no longer witness to imposing May Day parades, it remains a profoundly impressive space. Delimited by the stark severity of the mausoleum, the expansive facade of the world-famous GUM department store, and the exuberant colors of St. Basil's Cathedral, Red Square is, and deserves to be, the requisite first stop for any visitor to Moscow.

In 1990 Moscow Kremlin and Red Square were included in the UNESCO famous World Heritage List.

Lenin's mausoleum
was designed by Alexei Shchusev in 1924, during a period in which the strength of the Russian Avant-Garde had not yet been decimated by Stalin's enforced return to heroic realism and conservative classicism. As a result, the founder of the Soviet state is blessed with a resting place that is a rare masterpiece of modern architectural simplicity. Faced with red granite (for Communism) and black labradorite (for mourning), the Mausoleum is essentially a pyramid composed of cubes. Although the mausoleum has been stripped of the honor guard that once flanked its entrance, announced plans to remove Lenin's body seem to have lost their impetus in the last couple of years. The once lengthy line for admission has dropped off considerably, and a visit today is accompanied by a rather bizarre sense of having entered a place that has been forgotten by time. Lenin (or at the least the alleged wax copy of his body) lies still in his crystal casket, seemingly unaffected by the vast changes that have swept over Russia.

St. Basil's Cathedral
rises from Red Square in an irresistible profusion of colors and shapes. Its montage of domes, cupolas, arches, towers, and spires, each bearing a distinctive pattern and hue, have fascinated visitors since its construction in the 1550s. Although St. Basil's was built to commemorate Ivan the Terrible's capture of the Mongol stronghold of Kazan and is properly named the Cathedral of the Intercession, its popular name has long associated it with a ragged prophet who foretold the Moscow fire of 1547. The appeal of St. Basil's is best appreciated by a leisurely stroll around its perimeter, as its wondrous exterior decoration belies a remarkably plain and cramped interior.

The Pushkin Fine Arts Museum
Opened in 1912, the Pushkin Fine Arts Museum possesses a collection of European art second in Russia only to the Hermitage in St. Petersburg. Much of the strength of the collection is in Impressionist and Post-Impressionist painting, a result of the oft-forgotten fact that such works gained an appreciative audience in Russia long before they captured the imagination of collectors further west. Manet's Dejeuner sur l'herbe resides here, as do Renoir's Bathing in the Seine, a host of fine works by Van Gogh and Matisse, and an entire gallery of Gauguins.The pride of the museum is the collection of ancient Egyptian art as well as famous Fayoum Portraits of the 1st-4th centuries. A.D.

The Tretyakov Gallery
possesses the finest collection of traditional Russian painting in the world. The core of the museum's collection was assembled in the middle of the nineteenth century by Pavel Tretyakov, a wealthy Moscow merchant whose passion for collecting included violins, birds, and milk cows as well as Russian art. Tretyakov donated his extensive collection to the city in 1892, and subsequent enlargement has long since provided the Gallery with far more works than it can possibly exhibit in its limited space. Although this means that innumerable fine works rarely see the light of day, it also means that those works which are displayed are without exception masterpieces of their period and genre. While everything in the Tretyakov deserves and rewards patient attention, its collection of icons stands as the definitive presentation of this most Russian of art forms.

Novodevichiy Convent & Cemetery
At the same time as Moscow's Kremlin was reinforced as a protective citadel for the city center, a series of fortified monasteries were constructed as an outlying defensive chain to the south. The most famous of these is the beautiful Novodevichy Convent (New Convent of the Maidens), founded in 1524 and situated along a prominent bend in the Moskva River. The convent's fame, however, has less to do with its role as a protective fortress than with its aristocratic and political history, for Novodevichy was the favored destination for high-ranking women banished from court. The most famous such inmate was Peter the Great's elder sister Sofia, who had ruled as Regent during his minority. After Peter came of age and--with some difficulty--claimed his throne, it was to Novodevichy that he banished his Machiavellian sibling in 1689. Nine years later, as Peter was returning to Russia after his travels in Europe, Sofia engineered an attempted coup from the convent. The coup failed, and Peter reached home in time to participate in the mass execution of the rebels. Although Sofia was not to be harmed, she was apparently driven mad when the bodies of her supporters were strung up outside her window. Novodevichy is also famous for the cemetery that lies beyond its south wall. Here lie many famous writers, artists, and politicians, including Gogol, Checkov, Bulgakov, Mayakovsky, Stanislavsky, Shostokovich, Eisenstein, and Nikita Khrushchev, the only Soviet leader not buried behind Lenin's Mausoleum.

The Novodevichy Convent presents a cluster of 16 sparkling domes behind turreted walls. It is also famous for the cemetery that lies beyond its south wall. Here lie many famous writers, artists, and politicians including Gogol, Chekhov, Bulgakov, Mayakovsky, Stanislavsky, Prokofiev, Shostakovich, Eisenstein, and Nikita Khrushchev, the only Soviet leader not buried behind Lenin Mausoleum.

Poklonnaja Mountain
is the most significant monument constructed in honor of victory in the Great Patriotic War. The solemn opening of the Victory Memorial in Moscow was held on May, 9, 1995. On February 23, 1958 on this site, a memorable granite sign was established with the inscription: "Here there will be a monument to the Victory of the Soviet people in the Great Patriotic War." Trees were planted around the place, and a park was created and called Victory Park. Between 1970 and 1980, 194 million roubles were collected. For the whole complex, a site of 135 hectares was allocated. The massive work of designing, discussing and choosing the best design for the main monument to freedom began. At that time, however, the question remained unsolved, as none of the projects submitted was accepted. Everything remained without change until the general management of the construction of the Memorial was undertaken by the current mayor of Moscow, J.M.Luzhkov. And the construction, threatened to be broken, was completed in three years.

Kolomenskoe Museum Estate
is located on the territory of the former summer residence of the Russian tsars. The architectural sites of interest include the famous 16th century Church of the Ascension, built in the old Russian “tent” style. The summer residence of tsar Alexei Romanov, the 17th century Kazan Church, has remained, as well as the Office and the Kitchen. An open-air museum includes examples of Russian wooden architecture of the 17-18th centuries. The museum boasts a collection of icons, metalwork and tiles.

Trinity Sergius Lavra
- (70km from Moscow) is the religious center of the Russian Orthodox Church, the residence of the Patriarch of All Russia, and a working monastery, with a Theological Academy. Its architectural complex, constructed during the 15-19th centuries, represents all stages in the development of Russian architecture. The museum boasts a rich collection of icons of the 15-17th centuries, as well as rare examples of folk art and Russian national costumes.
Go Russia on Tripadvisor
Trustpilot
Atol protected IPP Insurance
Copyright © 2005-2020 GR Travel Group Ltd., Tel.: +1 (631) 621 53 25, email: info@justgorussia.com
Join our newsletter Go