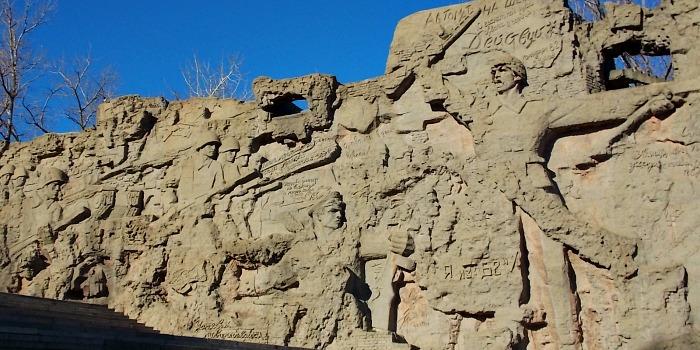 Volgograd - known as the “hero city” during Soviet times was the scene of probably the most important battle in World War II.

The city originates from 1579 when a fortification was built on a strategic point of confluence of Volga and Tsaritsa rivers to defend the newly concurred lands of Russia. At that time the fortress was known as Tsaritsin hence the name of the river, which translates from local Tatar language as “Yellow river”. Until 1862 Tsaritsin was a small provincial town and started rapidly developing after the railway road has reached it linking the town to Voronezh Province. This brought industries and commerce into to the region and by the beginning of the 20th century Tsaritsin was one of the country leaders in timber processing and fish trading.

In 1925, already in USSR Tsaritsin was renamed to Stalingrad after Joseph Stalin to commemorate the city's and Stalin's role in its defense in the Civil War a few years earlier. In the following years the city flourished and expanded, factories and shipyards were built, universities opened. The city became a center of heavy industry and transhipment by rail and river, and as a result was attacked by the German forces during World War II. In 1942, the city became the site of one of the pivotal battles of the war. It lasted over 6 months and transformed Stalingrad to ruins. The city was awarded a “hero city” title and Great Britain's King George VI awarded the citizens of Stalingrad the jewelled "Sword of Stalingrad" in admiration of their bravery.

Stalingrad was destroyed during the war, and in 1946, the construction of a modern city started. It included the reconstruction of many industrial and historical sights, and building of a memorial complex on the Mamayev Hill. It took 20 years for the city to recover. In 1952 the Volga – Don Canal was finished, making Stalingrad a port of 5 seas. The city was renamed to Volgograd meaning Volga city in 1961.

Nowadays Volgograd is territorially the longest city in Russia spanning over 90km on the right bank of Volga. It is a busy modern city, appealing for tourists first of all for its World War II legacy and picturesque surroundings.