Guided Visit to the Hermitage and the Golden Chamber 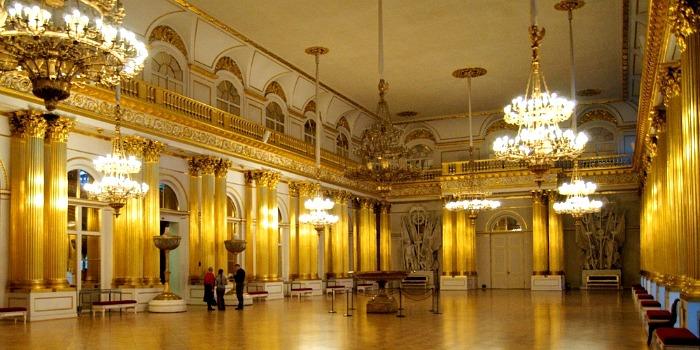 Additionally to our regular tour in the Hermitage museum we offer you the unforgettable visit to the Golden Room, displaying the smallest and most valuable treasures.

The room is situated in the part of the Winter Palace where auxiliary services were originally located. The exhibition features unique objects unearthed on the territories of the Northern Black Sea Coastlands and Northern Caucasus. These artefacts, created by Scythian, Greek and ancient Oriental craftsmen, include ceremonial arms, plates and dishes, bits of horse harness and decorations for clothing. All these articles were buried in the barrows of Scythian and Sarmatian "kings" (5th-3rd centuries BC), the most famous of them being the Solokha and Chertomlyk mounds.

The room also introduces the incidental findings from the Stavropol hoard (4th century BC) with 19 golden items and the Pereshchepinsky hoard (7th century). The treasures from the latter attract particular interest owing to the fact that they had been found in the burial of Cubrat, the Khan of the Great Bulgaria. A separate show-case demonstrates jewelery objects made by the masters of Ancient Iran, Byzantium, Egypt, Armenia, Georgia and Northern Caucasus (5th century BC-17th century A.D.).
Send request All excursions
$120per person
4 hours
Go Russia on Tripadvisor
Trustpilot
Atol protected IPP Insurance
Copyright © 2005-2020 GR Travel Group Ltd., Tel.: +1 (631) 621 53 25, email: info@justgorussia.com
Join our newsletter Go